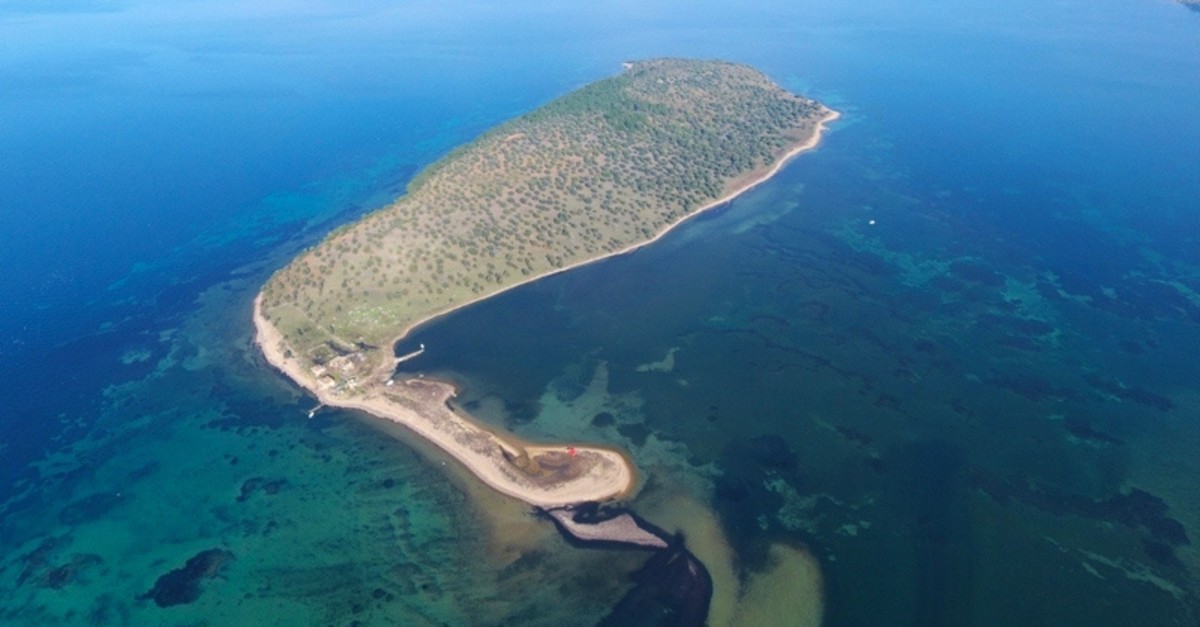 Two islands off Turkey's southwestern Muğla and western Balıkesir provinces have been put up for sale online.

Karaca Island off the Marmaris district of Muğla is listed at a price of 210 million liras ($36.7 million), put on sale on Sept. 22 by Turkish businesspeople living in the United States. The island, located along Turkey's Turquoise Coast or Turkish Riviera, is currently home to three small detached houses and could be used to build a few additional properties, a restaurant and a small marina. The size of the island, which has four coves, is 316,000 square meters (78 acres).

Istanbul-based Bosforce Real Estate Development and Marketing company is handling the sale on behalf of the owner. Managing partner Uğur Özcan told Demirören News Agency (DHA) that the island is eligible for credit.

He said that Karaca Island was purchased by a Turkish businessman living in the U.S. in 1980 for the construction of a hotel, and some reconstruction of the island began at that time. However, plans for the hotel did not materialize as the island was declared a first-degree protected area in 1983. Unable to get a return for his investment, the owner put the island up for sale again.

The restrictions under protected status allow for a daily tourism facility and a small marina to be built on the island, Özcan noted. The island is also exempt from taxes for five years because it is located within the borders of Muğla province.

The three houses on the island, which have registration documents, are in disrepair but could be restored, Özcan said.

A week before Karaca Island went up for sale, Çiçek Island, one of the 22 islands in the Aegean province of Balıkesir, was also listed for sale online.

Çiçek Island, located off the coast of the Ayvalık and Gömeç districts, is currently owned by three families and first went on sale in 2002. The price tag for this island, located just 230 meters from the shore, is 115 million liras ($20 million). The island is just 12 kilometers (7.5 miles) from the coastal resort town of Ayvalık.