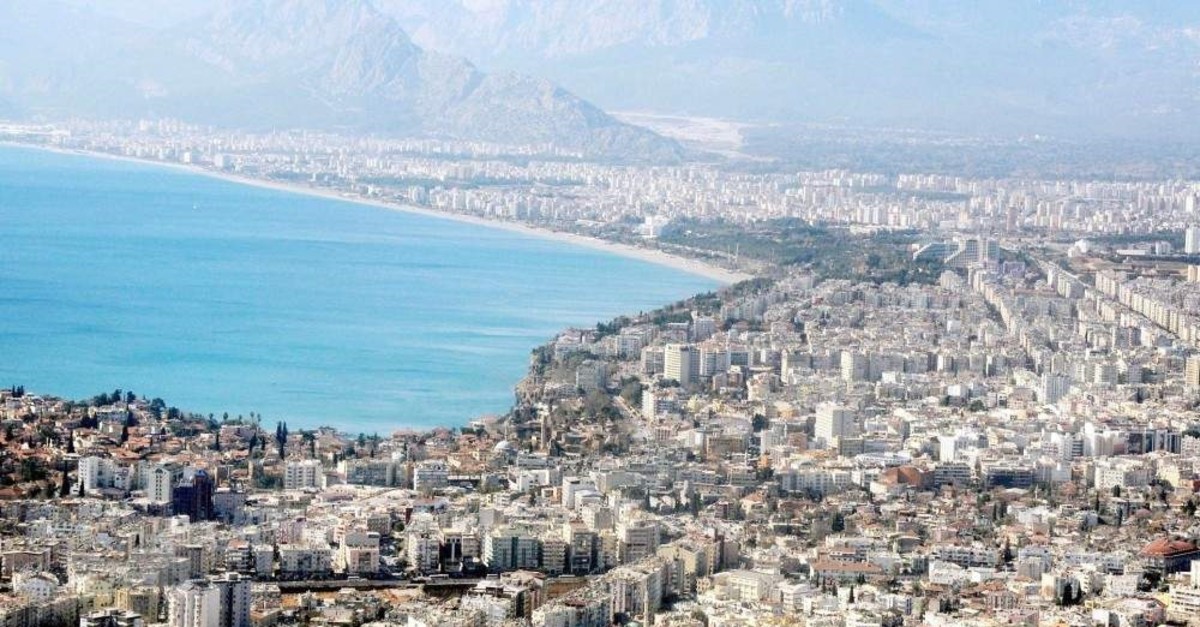 Besides being a hot spot for holidaymakers, the Mediterranean resort city of Antalya is also alluring foreign investors interested in the real estate industry in the seaside city.

Antalya has seen some 6,257 houses sold to foreigners in the first nine months of this year, a 19% year-on-year increase, according to Turkish Statistical Institute (TurkStat) data.

If the sales pace maintains this trend, the city is expected to reach 10,000 units by the end of the year — an all-time high.

With the number of residential properties sold in the January-September period, the seaside city has already achieved its highest nine-month period ever. On a monthly basis, it saw 601 houses sold to foreign investors in January, followed by 672 in February, 626 in March, 676 in April, 850 in May, 668 in June, 764 in July, 656 in August, and 744 in September.

Sector representatives said the attention Antalya attracts from all over the world has reached a peak recently, which resulted in this interest turning into real estate investments.

Almost every region in the city is attractive to foreigners, they said, adding that additional promotion could bring sales figures to an even higher level.

Selman Özgün, chairman of Helmann Yapı, said that the increase in awareness of Antalya, the legislative amendments that eased the minimum requirements for acquiring Turkish citizenship, the overseas promotion activities of real estate companies operating in Antalya, and the agencies' efforts to direct future homeowners to the city stand out in this scope.

Among others, Özgün further stressed that the ease of transportation in Antalya, the increase in tourism opportunities and the advantage of foreign exchange rates offered to foreigners also positively affect residential purchases.

Foreign residential sales showed a rapid increase in Turkey in the past year due to the high exchange rate and legislative amendments that eased the minimum requirements for acquiring Turkish citizenship, which have led investors from all over the world to take advantage of this opportunity and acquire residential property in the country.

Under regulations introduced on Sept. 19, 2018, foreigners who own real estate in Turkey worth a minimum of $250,000 – down from $1 million – are eligible for Turkish citizenship.

Özgün also highlighted that citizens of the Gulf region and the Middle East have taken the lead in residential purchases, noting that even though Middle Eastern and Gulf countries lead the way, the share of Russians, Germans, Britons, Azerbaijani citizens and Afghans increases day by day.

“The purpose of use in residential purchases in the city precedes investment. Buyers generally prefer to reside,” he said. “Given the nationalities of residential buyers in Antalya, a cosmopolitan structure stands out. While investors from the Gulf and Middle Eastern countries can buy housing throughout the city, Russians prefer Beldibi and Kemer, Germans prefer Alanya and its surrounding areas, and Britons prefer Kaş and Kalkan, while Europeans prefer the coastal regions ... I think that this interest will continue for the rest of the year and will break a record with 10,000 units at the end of the year.”

On the other hand, Era Turkey Antalya representative Yusuf Çenit said that the city is always mobile in foreign residential sales. “In this vitality, it is of great importance that the city is a touristic city where all cultures are blended,” Çenit said. “With its climate and nature, Antalya has become a meeting point for people from all countries.”

He pointed out that Antalya comes second in overall foreign residential sales in the country. “In fact, it was in first place in 2013 and 2014, but in the following years, Istanbul took the lead. Apart from Istanbul, Antalya is the most powerful candidate for leadership in this field because it outscores the following cities by at least threefold,” Çenit explained.

“Antalya will continue to attract foreigners as a city where the purchased houses will be valued faster. We believe that the number of housing units sold in the city will reach 10,000 this year,” he further stressed. “Granting citizenship to foreigners who buy at least $250,000-worth of housing accelerated the increase in sales. Citizens of Iran, Syria, Russia and Europe currently show high demand. Foreign customers prefer housing in different economies from Kemer to Alanya according to their life goals in Antalya,” Çetin concluded.