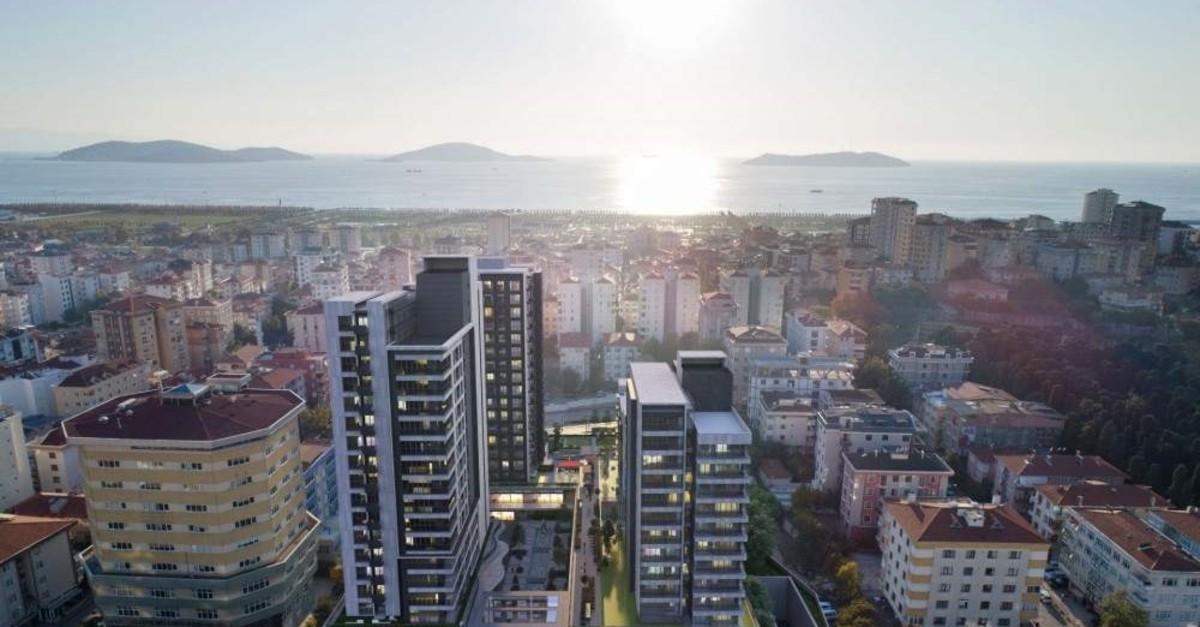 In October, a total of 4,272 housing units were sold to foreign investors while aggregate housing sales in Turkey were recorded at 142,810 units, according to the Turkish Statistical Institute (TurkStat).
by Daily Sabah with AA Nov 18, 2019 7:32 pm
Real estate property sales to foreigners dropped by 31.9% in October, compared to the same period of last year and were recorded at 4,272 units, according to the data of the Turkish Statistical Institute (TurkStat).
Last year in October, a total of 6,276 housing units were sold to foreigners.
Istanbul led sales with 2,043 houses, followed by the Mediterranean resort city of Antalya with 912 and Ankara with 192, TurkStat said yesterday.
Among foreigners, Iraqi nationals topped the list with 597 houses. They were followed by Iranians with 536 and Russians with 292 house sales.
Turkey saw 142,810 house sales in October with an annual drop of 2.5%, the data of Turkey’s statistical body revealed.
"Istanbul had the highest share of house sales with 17.1% and 24,451 houses," TurkStat said in a statement.
The capital Ankara and the Aegean province of İzmir followed Istanbul with 13,978 and 9,012 house sales, respectively.
"The provinces where the least houses were sold were Hakkari and Ardahan with 13 and 24 house sales, respectively," it added.
Some 50,181 houses were sold for the first time, falling 32.9% in October versus the same month last year, it said, adding that first house sales had a 35.1% share of all house sales in Turkey.
Istanbul – Turkey's largest city by population and a key tourist center – took the largest share of the pie with 17.9% or 8,988 house sales.
Official data showed that the capital Ankara and the Aegean province of İzmir racked up 3,683 and 2,967 total of housing sales, respectively.
Mortgaged house sales were recorded at 50,411, surging 525.1%, over the same period, making up a 35.3% share of all house sales in Turkey.
Association of Housing Developers and Investors Association (KONUTDER) Chair and Sur Yapı Chair Altan Elmas commented on the housing sales in Turkey. He drew attention to the decreasing interest rates in real estate loans and stressed that the 0.99% interest rate gave an uptick to property sales in the country. “The decrease of interest rates to 0.99% by the public lenders in early August have revived demand in the real estate market which had been staggering for a while,” Elmas said.
Speaking of the housing sales to foreigners, the KONUTDER chairman said, “We are expecting to surpass the 2018 figures in housing sales to foreigners. While property sales to foreigners accounted for 3% of the total sales last year, the rate has risen to 3.6% in 2019 so far.
A total of 39,663 properties were sold to foreign investors last year – the highest number ever. In 2017, foreigners bought 22,234 units.