71 Bosporus mansions on sale worth $1.7 billion 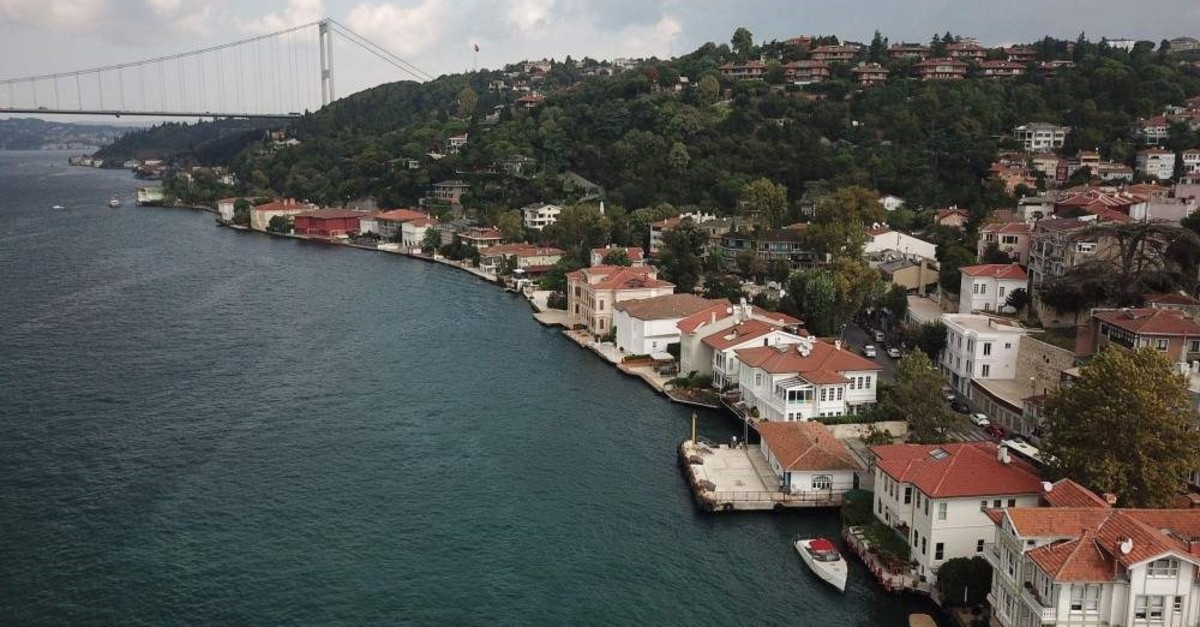 A total of 71 waterside mansions along the Bosporus Strait are currently on sale, a real estate expert said.

The combined value of this luxury estate stands at approximately TL 10 billion ($1.68 billion), said Evrim Kırmızıtaş, who oversees some of the deals involving Istanbul mansions.

Some 622 waterfront mansions adorn both sides of the strait that separates Asia and Europe, including 366 that are officially listed as of historical value.

According to Kırmızıtaş's estimates, 60-70 estates are sold every year at prices ranging from between $2 million to $100 million.

Despite a great amount of interest shown by investors from wealthy Arab nations, including Qatar, Kuwait and the UAE, domestic demand was much higher over the last year.

Nearly 250 mansions are built facing each other in the districts of Sarıyer and Beykoz districts, which lay on opposing banks of the Bosporus.

Location, historical value and waterfront length are the crucial elements in pricing each of the mansions. On the European side, the mansions located in the neighborhoods of Bebek and Yeniköy are of the highest value, while on the Anatolian side, the highest prices are recorded in Vaniköy, Kandilli and Anadolu Hisarı.

Traditionally built from wood, the architecture of these mansions varies. During the Ottoman era, the colors used to paint each sumptuous homes (referred to in Turkish as "yalı") would reflect the social rank or title of the occupant. Red yalıs belonged to civil servants, shades of grey indicated non-Muslim occupants (mostly Christians and Jews), while lighter colors such as white, yellow and beige were a sign of Muslims residents.