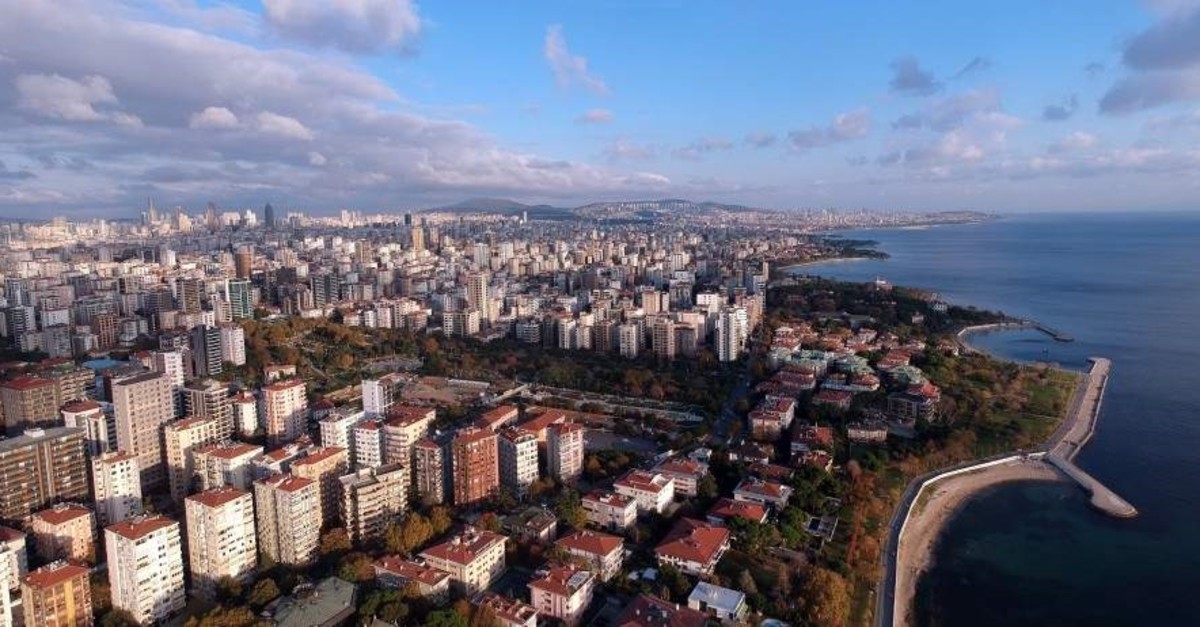 Nearly 1.35 million housing units were sold in Turkey in 2019, the country's statistical authority announced Wednesday, while up to 45,500 houses were bought by foreigners, seeing a 14.7% increase compared to the previous year.

Istanbul was the top city for foreigners with 20,857 property sales in 2019, while Mediterranean resort city Antalya, the capital Ankara and the northwestern province of Bursa province followed with 8,951, 2,539, and 2,213 sales respectively.

Overall housing sales dropped by 1.9% or 26,669 units in 2019, compared to the previous year, according to the Turkish Statistical Institute (TurkStat) data.

Nearly 511,700 houses were sold for the first time while the remaining were second-hand sales from January to December.

Along with being a top destination for foreigners, Istanbul – Turkey's largest city by population and one of its top tourist centers – also took the largest share of overall housing sales with 17.6% or 237,675 houses in the year.

Ahmet Erkurtoğlu, the deputy head of the Contractors' Association of Istanbul's Anatolian Side, said: "Housing sales has topped the 100,000 mark in recent months and exceeded the 200,000 mark last December for the first time."

The lowest interest rates for housing loans and deposits have boosted housing sales positively, he said.

The Turkish Central bank lowered interest rates to 12% from 24% gradually during eight monetary policy meetings in 2019.

Erkurtoğlu said the construction sector will focus on urban transformation projects in 2020 and build housing units worth up to 1 million Turkish liras (some $169,500).

Meanwhile, Turkish real estate property owners have initiated the establishment of an association with an aim of increasing the volume of real estate sells to foreigners, which is said that actually below the country's potential.

Ömer Faruk Akbal, a board member of Fuzul Yapı, said during an event on construction and real estate sector, that the Real Estate Overseas Promotion Association aims to increase the sales to foreigners up to $20 billion from $6 billion of the last year's figures.

The Istanbul Constrictors Association Chairman Nazmi Durbakayım said the year 2020 would prove to be a more productive year for the real estate sector.

"The index of confidence in the construction sector, which declined from 94% to 68% in 2019, seems on the rise again," he said, adding they also aimed to increase the employment rate up by 2.5 million.