Turkish foundation to teach Islam to Muslims in Russia 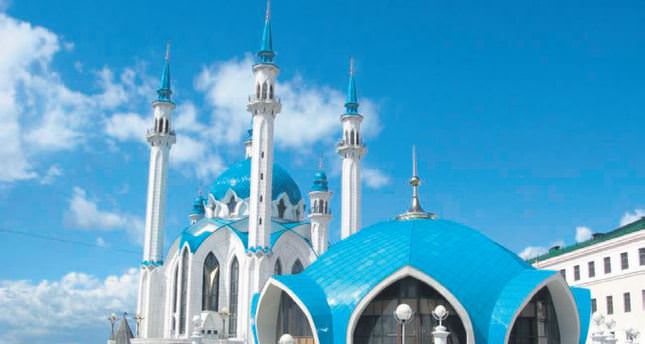 by AA May 21, 2014 12:00 am
ANKARA — A new project by the Turkish Religious Foundation aims to translate the Islamic Encyclopedia into Russian to provide more information to Muslims residing in the Russian Federation The Turkish Religious Foundation under the Presidency of Turkish Religious Affairs started a new project to enhance the Quranic background of the Muslims residing in Russia. The Islamic Encyclopedia is currently being translated into Russian and the project intends to present proper information about the prophets, well-known Islamic leaders and daily religious practices.

The Islamic Encyclopedia covers the main issues of the modern age from an Islamic perspective, by transferring its message in an explicit way. The Turkish Religious Foundation aims to contribute to the knowledge of Muslims of different cultures and races around the world. The translated encyclopedia will include 1,500 articles and will be presented in five or six volumes.

The expectations and traditional beliefs of the target audience are also taken into consideration. Officials noted that the comprehensive work will also be translated into Chinese and certain Balkan languages. Meanwhile, the Turkish version of the encyclopedia is being updated.

Coordinated by the Moscow Islamic Institute, the translation project is being carried out in collaboration with the Russian Association of Supporting Islam, Culture, Science and Education.

The Turkish articles are being translated into Russian by the Moscow Islamic Institute with a group of 10 translators. The translation of the initial volume will be introduced to readers in the near future. The final state of the translated texts are checked by the Turkish Religious Foundation.

The Presidency of Turkish Religious Affairs is planning to leave its mark with other future projects with the Russian Religious Affairs. The officials stated that the most influential way of fighting against religious movements which are not compatible with historical and cultural identity is to offer proper religious education.
Last Update: May 21, 2014 1:12 am
RELATED TOPICS