Ramadan and Iftar in Istanbul 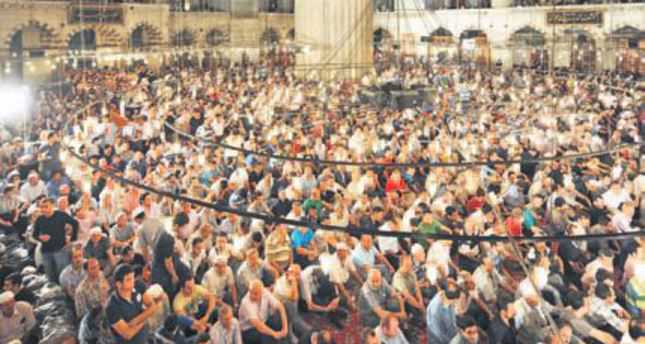 Ramadan is a holy month in which Muslims around the world observe fast from dawn till dusk. A chance to purify their soul and spirit while empathising with the less fortunate

Fasting (Arabic: Sawm), the fourth pillar of Islam, is practiced in the holy month of Ramadan, which is the ninth month of the lunar calendar, and is obligatory for all able (meaning those who have reached the age of puberty, healthy and not suffering from illness or medical conditions and the elderly) Muslims.

Children, pregnant and breastfeeding women, women on their menstrual cycle, the sick and feeble and travelers are excused from the practice.
Observed from dawn till dusk, fasting is more than just abstaining from food, drink and sexual intercourse.

As the word itself suggests, fasting is to refrain from all habits that are toxic to the heart and soul as this is a month to purify the heart, strengthen ties with kin, increase empathy to those who are less fortunate and amplify one's relationship with God. Though these are the main objectives during Ramadan, it cannot go without mentioning that the intentions we often have at the very beginning of the month should be refreshed throughout. With the hopes of strengthening ties with kin, we often invite family and friends over to break the fast together.

What should be a humble meal can turn into a competition amongst women. Who has set the grandest table? How many different dishes were cooked and just how difficult were they? And the list goes on for miles, often consuming the entire day with a long grocery list and then slaving over a hot stove with an empty stomach. Not to mention the pots of food that are left over, which will not be served again the next day, for God forbid the guests coming the following day should eat what the guests the previous day ate. Where patience and virtue should be the forefront character of the fast, irritation, short temperedness, and fatigue are what most find themselves displaying as a result of misplaced priorities.

Therefore, fasting is not merely a physical abstinence, but the commitment of a person's body and soul to the spirit of the fast. It is a time to practice self-restraint from all those things that may tempt us to show off or succumb to our desire.

During the month of Ramadan a drummer will roam the street before dawn loudly beating his drum to wake people up for the predawn meal (suhoor). What may be an abrupt awakening on the first few days becomes a blessing toward the end of the month. The drummer does not miss a beat or a street.

Ramadan drummer
During the month of Ramadan a drummer will roam the street before dawn loudly beating his drum to wake people up for the predawn meal (suhoor). What may be an abrupt awakening on the first few days becomes a blessing toward the end of the month. The drummer does not miss a
beat or a street.

Dates are a staple found on almost all iftar tables during Ramadan. The fast is traditionally broken with dates as it was the practice of the Prophet Mohammed. Dates are an excellent source of fiber, sugar, magnesium, potassium, as well as carbohydrates, which aid the body in maintaining good health. The carbohydrates found in dates also make the fruit slower to digest, which is much better than fried or fatty foods that are digested quickly and leave one hungry for more.

Exclusive to Ramadan is the tarwih prayer. It is a voluntary prayer that is observed after iftar and often performed by congregations in mosques throughout the 30 days of Ramadan. The prayer that takes roughly thirty minutes can extend to over an hour if the entire Quran is recited. Sultan Ahmet in Istanbul is often overflowing with devout worshippers who break their fast with food that is provided by the Istanbul municipality.
Last Update: Jul 05, 2014 7:51 pm
RELATED TOPICS