Muslims divided over the date of eid 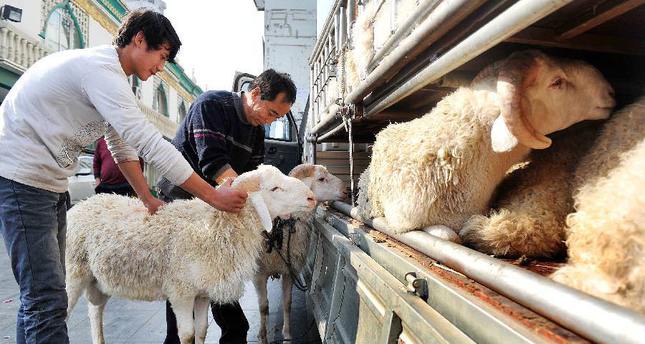 by Daily Sabah Oct 04, 2014 12:00 am
Three different dates were set for the Muslim festival of sacrifice, Eid al-Adha, demonstrating an ongoing disharmony in the Islamic world on religious matters. The majority of Muslim countries, including Turkey and Saudi Arabia, the Palestinian Territories, Syria, Jordan, Egypt, Oman, Yemen, Qatar, Kuwait, Sudan and Sunni communities in Iraq and Lebanon, will observe the first day of eid on Oct. 4. Muslims in Austria, Belgium, Switzerland, France, Denmark, Russia, the United Kingdom, Canada, the United States and Latin American countries will also observe the Eid on this date. However, Muslims in Iran, Iraq, Mauritania, Morocco, South Africa, Kenya, Zambia, Japan, Malaysia, Indonesia and New Zealand will welcome eid on Oct. 5, and the Muslim community of Pakistan and India will mark the first day of eid on Oct. 6. For decades, the Islamic world failed to agree on a single date for Eid al-Adha and Eid al-Fitr. Differences stem from various interpretations of Islamic law regarding the sighting of the new moon on which the date is based. Scholars from different schools of Islam usually disagree on the specific calculations, each claiming the correct date is the one they predicted. Mehmet Görmez, head of Turkey's top religious authority, the Presidency of Religious Affairs (DİB), had criticized the countries adopting different dates for eid last year. Görmez said it was a shame for Muslims to not to have a unified and streamlined Islamic calendar. Turkey hosted a meeting of scholars in 1979 to create an agreement on a single date, and while participants agreed upon setting a common date, this decision was never implemented.