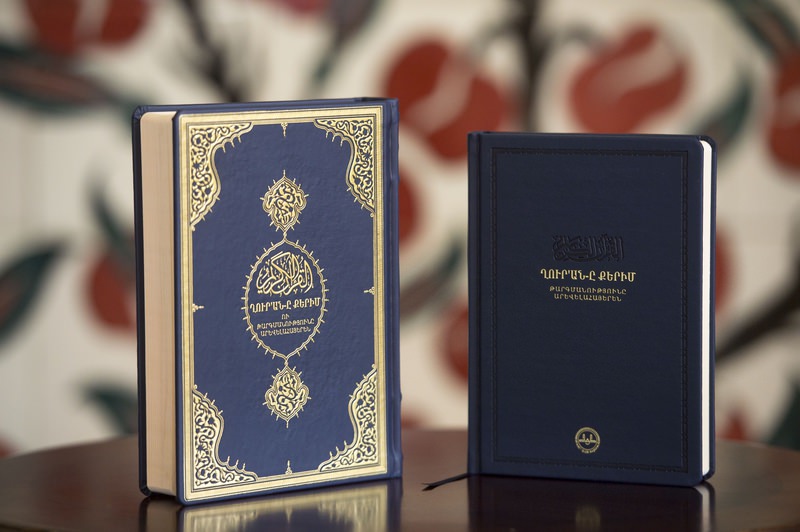 |AA Photo
by Anadolu Agency May 05, 2015 12:00 am
The Turkish Presidency of Religious Affairs, or Diyanet, has published its first translation of the Quran into Armenian after a four-year effort, the religious official authority announced on Tuesday.

The religious body's director-general for religious publications Yüksel Salman said that 4,000 copies had been printed in two dialects of the Armenian language - eastern and western.

"We hope that people who are not familiar with Islam and the Quran can become acquainted with Islam's language of mercy through this translation," Salman told The Anadolu Agency.

Salman stressed that this project has been underway for a total of four years, the translation having taken two and a half years.

He added that the Armenian translation was analyzed by members and experts from the religious authority, along with professors from faculties of theology at Turkish universities, before it was published.

The Turkish official religious authority has published 1,150 works since it was founded in 1924, the latest, apart from the Quran in Armenian, being the Quran in Spanish and in Kurdish.

He added that Diyanet will also publish translations of Quran in 15 other languages.
Last Update: May 06, 2015 10:56 am
RELATED TOPICS