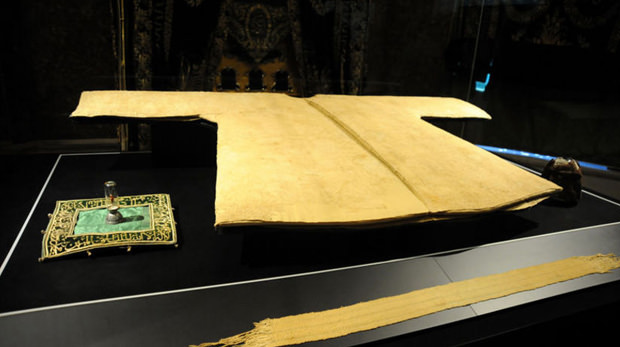 Gazing around Istanbul from a rooftop during Ramadan would probably be an intriguing experience as the city shines with illuminated mosques in the evening. For expats and international tourists who want to get a glimpse of the Islamic world, some palaces, museums and mosques are perfect venues to take a look at the history and whereabouts of religious relics and marvelous Islamic artifacts collections. Certain items are displayed exclusively for Ramadan. Here are some suggestions for your cultural trip:

Situated in Istanbul's Fatih district, the Hırka-ı Şerif Mosque is a special venue where you can see the Prophet Muhammad's (Peace Be Upon Him) mantle (Hırka-ı Şerif) during Ramadan. Constructed upon the order of Sultan Abdülmecid I in 1851 to protect the mantle, the mosque is a popular place for locals and interested visitors. The mantle is said to have been a gift to Uwais al-Qarani, a Yemeni Muslim philosopher, upon the prophet's will. The mosque is open every day.

You may already know about the Topkapı Palace, the imperial residence of the Ottoman Empire for centuries. 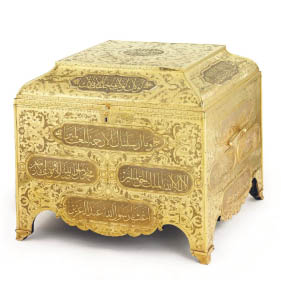 Lying on the palace's third courtyard, the Privy Room - "Has Oda" in Turkish - harbors a sacred trust sent to the empire from the 16th century to the first half of the 20th century. Among them, Muhammad's (PBUH) holy mantle (Hırka-ı Saadet), his beard, tooth, footprints, sword and letters are must-see items. The Chamber of Holy Relics is also home to belongings from other prophets like a tray used by Abraham, the sword of David and the robe of Joseph. Some items belong to Fatimah, the daughter of Muhammad (PBUH), and his companions are also on display. 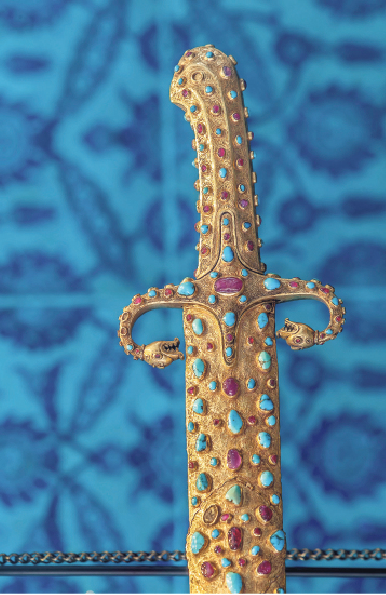 According to the information on the Topkapı Palace's official website, the Privy Room was founded during the reign of Mehmed the Conqueror. It served as the private apartments for sultans until the 16th century. Before the sultan ascended to the throne, he used to come to this room to pray and receive homage from the officials prior to the ascension ceremony. The Topkapı Museum is open every day except Tuesdays.

- Museum of Turkish and Islamic Art

The Museum of Turkish and Islamic Art underwent an extensive renovation by the Culture and Tourism Ministry and re-opened its doors in December last year. It was formerly the residential palace of Sultan Süleyman I's grand vizier, İbrahim Pasha. The museum collected a wide range of Islamic works from mosques, tombs and other religious places. Visitors are recommended to see Quranic manuscripts dating to the 8th century. 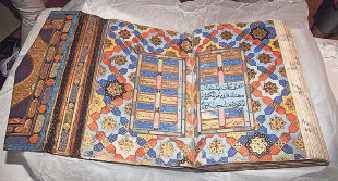 The Islamic relics section shows certain belongings of Muhammad (PBUH). Islamic calligraphy, rugs and tiles are the next must-see items. Facing the Blue Mosque in Sultanahmet Square, the Turkish and Islamic Art Museum can be visited every day except Mondays.

- Museum of the History of Science and Technology in Islam

Opened in 2008, the Museum of the History of Science and Technology in Islam is situated in Gülhane Park. On 3,500 square meters, the two-story museum features 570 tools, models and replicas of equipment in different fields such as astronomy, chemistry, mathematics, physics, architecture, marine and war technologies. In the museum garden, a replica of a globe featuring a world map prepared upon the order of Abbasid caliph al-Mamoun in the ninth century can be seen. A botanical garden with 26 medical plants mentioned in Avicenna's book "The Canon of Medicine" was also established in the garden two years ago. The museum is closed on Tuesdays.
Last Update: Jun 21, 2015 11:51 pm
RELATED TOPICS