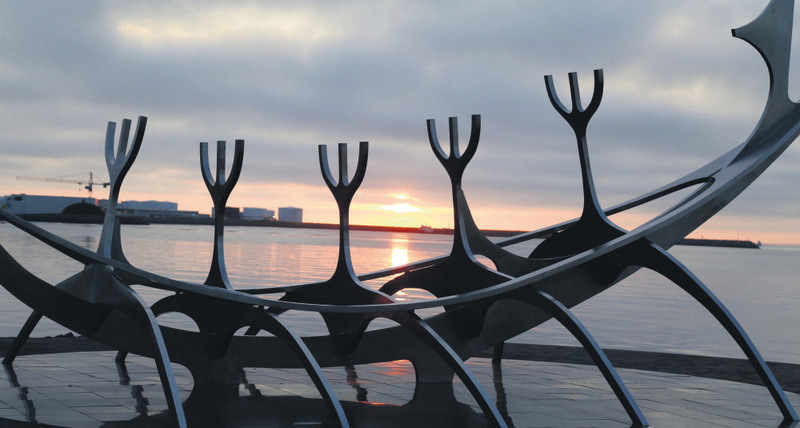 Iceland, one of the countries where Muslims are fasting the most hours, is now facing another crisis: Muslims living in the country are torn between two Ramadan timetables as the sun almost never sets in that part of the world in the summer

The difference of opinion for iftar and sahur times has reflected on the Ramadan timetables in the mosques, located in Iceland's capital Reykjavik. Muslims, including members of the Icelandic Turkish community, who are a part of Reykjavik's El-Nur Mosque, fast for 18 hours while those who have adopted the timetable of the Icelandic Islamic Cultural Center, whose community is mostly composed of Arabs, fast for 22 hours.

İsmail Malik, one of the imams at the El-Nur Mosque, spoke to Anadolu Agency, and said he has been an imam in Reykjavik for three years but was shocked to hear the dispute over the Ramadan timetable. Highlighting that the sun shines in Iceland for 22 hours, Malik said, "In this mosque, we are following the fatwa of the European Council for Fatwa and Research and predicate a Ramadan timetable on the 45th north latitude. Apart from the fatwa of the Council of Europe, there is a fatwa of Ezher. This fatwa suggests that the fasting time can be shortened and there is no obligation that one has to fast for 22 hours, as fasting for 22 hours is something that cannot be practiced." He said they break the fast around 9:00 p.m. according to the local hour before sunset. "Perhaps, we are the only mosque that breaks the fast before the sun sets. While we are practicing our daily prayers and performing Tarawih prayers, the sun still shines". Stressing they are working hard to change the understanding of the Icelandic people about Islam, Malik said they come together with Icelandic people for iftar and they have the chance to observe Muslims while praying. He also added that most of the Icelandic people have positive ideas about Muslims as well as Islam.

Malik said they are working on a new project that involves building a new mosque in Reykjavik. "This new mosque will be the first thing people will see while they are landing at the airport in the city," he said, adding they are organizing a competition for the mosque's design. "So far, 60 people have applied for the project, which marks a first for Iceland. Several designs have been delivered to us from Turkey, Germany and Spain. Following the declaration of the winner, the construction of the mosque will begin," Malik said. 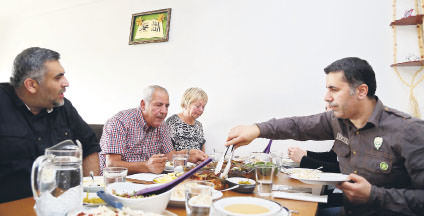 Ömer and Mercan Koca, who have been living in Iceland for years, continue to keep the iftar tradition of Turkey alive by inviting their relatives and friends to iftar tables that are enriched with Turkish cuisine. Born in Turkey's Şanlıurfa province, Ömer Koca has lived in Iceland since 1991 when he was invited to Reykjavik upon the request of his father. "After I settled down, I worked at the municipality, the local supermarket and I also worked as a fisherman. However, we have been selling shoes that we bring from Turkey for the last nine months. Usually, shoes are brought here from Spain, Portugal and Italy. When people learn that these shoes are coming from Turkey, they are very surprised," he said.

He added they are struggling slightly during Ramadan due to the long fasting hours. "We are working during the day and the time flies by. However, the hours do not pass in the evening. We are keeping ourselves busy with our children.

Mercan Koca said, "We are on the third fasting day and we are getting used to it. I am working during the weekdays and I am taking care of the house and our children on the weekends. It is very tiresome for me." She said there are many Muslims in Reykjavik. "Some of them fast for 18 hours while some prefer to fast for 22 hours. We fast for 18 hours as fasting for 22 hours is hard for us," she said.

The oldest Islamic source that mentions Iceland is the "Tabula Rogeriana," written by geographer and cartographer Muhammad al-İdrisi, which dates back the 12th century. The book suggests that Iceland is located near the North Sea. Due to the commercial activities of the Vikings, Icelandic people encountered Muslims during the Middle Ages. When the Icelandic people converted to Christianity in around 1000 and began participating in the pilgrimage convoys to Jerusalem, they began to interact even more with the Muslim community.

Muslims settled down in Iceland in 1627. Jan Janszoon, a Dutch Muslim, orchestrated a raid to the southwest shores of Iceland with pirates. This incident was recorded in the history books as the "Turkish Raid." Known as the "Young Murat Captain," Janszoon was also called the "Turkish pirate," as he converted to Islam.

Most of the Muslims living in Iceland are immigrants; however, the country also shelters refugees coming from different countries such as Kosovo. In 1993, the Quran was translated into Icelandic and its revised version was published in 2003. According to 2013 data, the Icelandic Muslims Association has 465 members while the Icelandic Islamic Cultural Center has 305 members.
Last Update: Jun 22, 2015 9:55 pm
RELATED TOPICS