Eid al-Fitr comes to a close for Muslims worldwide 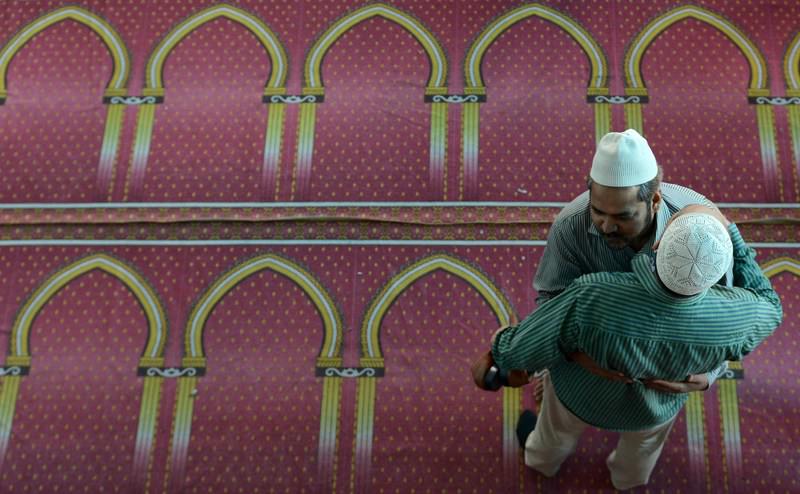 Millions of Muslims around the world celebrated Eid-al Fitr, which marks the end of the Islamic holy month of Ramadan. Muslims traditionally pray in the morning, visit the graves of their relatives and loved ones, then pay visits to their relatives

More than half a billion Muslims in South Asia have joined the Eid-al-Fitr celebrations already being held across much of the Muslim world.

Bangladesh, India and Pakistan are starting the three-day festivities on Saturday, a day after the first eid prayers were held in Australia and then most other Muslim countries on Friday.

Three gunshots fired into the air were the signal for the start of one of the largest eid congregations in the world, with more than 300,000 people gathered in a field north of Bangladesh's capital Dhaka to continue a tradition which began in 1828.

The major cities in Pakistan and Bangladesh have been emptied of people as every class of the urban population heads toward their ancestral homes in the countryside, to celebrate the annual Muslim holiday with their families.

Boats, buses and trains were packed with millions of people -- often clinging onto the outside of the crowded vehicles -- rushing back to their villages for eid.

"The festival epitomizes values of brotherhood and harmony in society. May this festival strengthen the bonds of unity and peace in our Nation," India's Prime Minister Narendra Modi tweeted in a message to his country's 180 million Muslims.

Muslim minorities in Sri Lanka and Nepal will also be celebrating Eid on Saturday.

In Australia and Southeast Asia

Thousands of members of Australia's Muslim minority gathered at mosques and community centers early Friday for the Eid al-Fitr prayer and the accompanying "khutbah" -- or Islamic sermon.

After a month of fasting during Ramadan, worshippers from different backgrounds joined communal prayers that began between 7.30-8.00 a.m. (2200-2300GMT) in Melbourne.

At the Sunshine Mosque, the imam (Muslim religious leader) Mustafa Asmaciıtold the diverse congregation, "we Muslims living away from our homelands have a responsibility to represent Islam in the best manner." His sermon focused on the positive behavior required of believers during the holidays, stressing that resentment and bitterness must be set aside. He called on Muslims to also visit their parents as well as the sick and elderly, while striving to instill joy in the children.

Asmacı expressed to Anadolu Agency his contentment that people had filed into the mosque for the prayer. "It makes us extremely happy to see our brothers and sisters exchange Eid greetings in communal unity and togetherness, and to continue their solidarity and crowd the community's mosque," he said.

Around three hours later, millions of Indonesians flocked to fields and mosques in their best outfits to attend prayers across the world's most populous Muslim country.

Jubair, an imam in East Java province who like many Indonesians uses only one name, told mosque attendant to not misinterpret the concept of "jihad" like some groups who understood it to mean the raising of arms.

"Due to the misinterpretation of jihad by certain groups, Indonesia is made to appear as a terrorist State. But that's not true," state news agency Antara quoted Jubair as saying in Malang City.

He stressed that the real meaning of jihad is the battle against desire and struggles such as that against poverty -- rather than taking up arms and fighting other people who do not share the beliefs of "radical groups."

After the prayer, people asked their family members, neighbors and friends for forgiveness for any wrongdoings.

They are also gathered to eat traditional dishes such as "opor ayam" (chicken curry)," "sambal goreng ati" (spicy beef liver) and "semur daging" (stewed meat), serving them with "ketupat" (a dumpling made from rice packed inside a diamond-shaped container woven from palm leaf).

Muslims living in European countries like Germany, France, the Netherlands, also flocked to mosques for the Eid al-Fitr prayer. Over 2,000 Muslims living in Paris congratulated each other after the prayer at the capital's Grand Mosque.

After the prayer, in the Netherlands, , Turkey's consul general in Rotterdam Togan Oral said: "Celebrating the special days abroad makes one feel different emotions and happiness." In Germany, Turkey's ambassador in Berlin, Hüseyin Avni Karslıoğlu said the prayer along with fellow citizens. Muslims in Greece had to go to Peace and Friendship Stadium in Athens, since there are no mosques in the capital. After the prayer, candy was distributed to children.

Meanwhile, Muslims in Moscow faced difficulties to find space at the mosques. In Kyrgyzstan's capital, thousands of Muslims prayed outside the Prime Ministry building.

Thousands of Muslims across the Balkan states also gathered early Friday morning in the local mosques for the Eid al-Fitr prayer.

Bosnia and Herzegovina which boasts the largest Muslim population among the Balkan states, began celebrating the feast by recalling its martyrs as hundreds of citizens from all the ages gathered in the largest historical mosque, Gazi Husrev-beg Mosque in the capital Sarajevo.

The Grand Mufti Hussein Kavazovic said that the martyrs of the Bosnian War, among others, had fought for future generations to live their religion as required.

"Until we received what we have today so much blood has been shed," said Kavazovic.

Citizens of Balkan regions mark eid by gathering first at the residence of the oldest member of the family and then by visiting the rest of the relatives for the three days of eid.
Last Update: Jul 19, 2015 9:57 pm
RELATED TOPICS