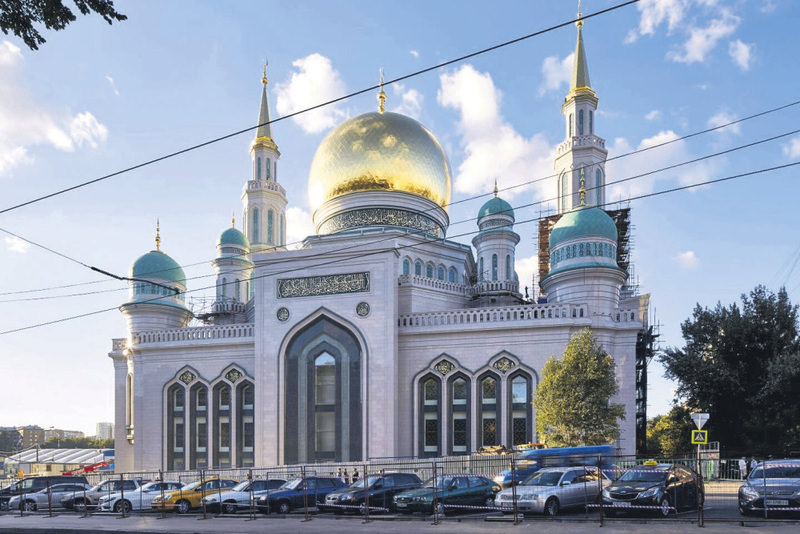 The magnificent Moscow Cathedral Mosque opened on Wednesday with Turkish President Recep Tayyip Erdoğan in attendance. The mosque features unique calligraphy and decoration, covering the largest area designed for a mosque in Europe

Built with the contributions of Russia and Turkey, the Moscow Cathedral Mosque opened with a ceremony overseen by President Recep Tayyip Erdoğan and other political and spiritual leaders of Islamic countries on Wednesday, and features verses from the Quran on its dome that have philosophical meanings aside from being decorative elements.

Speaking to Anadolu Agency (AA), calligrapher Hüseyin Kutlu said the mosque was established in Moscow by the Muslim Board of Russia. The six-story Moscow Cathedral Mosque is the largest mosque in Europe outside of Turkey, with an almost 19,000-square-meter area. The internal architecture of the mosque was designed in the classical Ottoman-era style by Turkey's Diyanet Foundation (TDV) and the Directorate of Religious Affairs (DİB). Kutlu said he designed the calligraphic work at the mosque in two years. He said while designing it, the mosque was regarded as a miniature of all the world's creations. Visitors need to read the surah and verses featured in the mosque and try to understand their meanings. "The Moscow Central Mosque sends important philosophical messages in its calligraphy written in Hüsn-i hat and Tezyinat styles," Kutlu said. 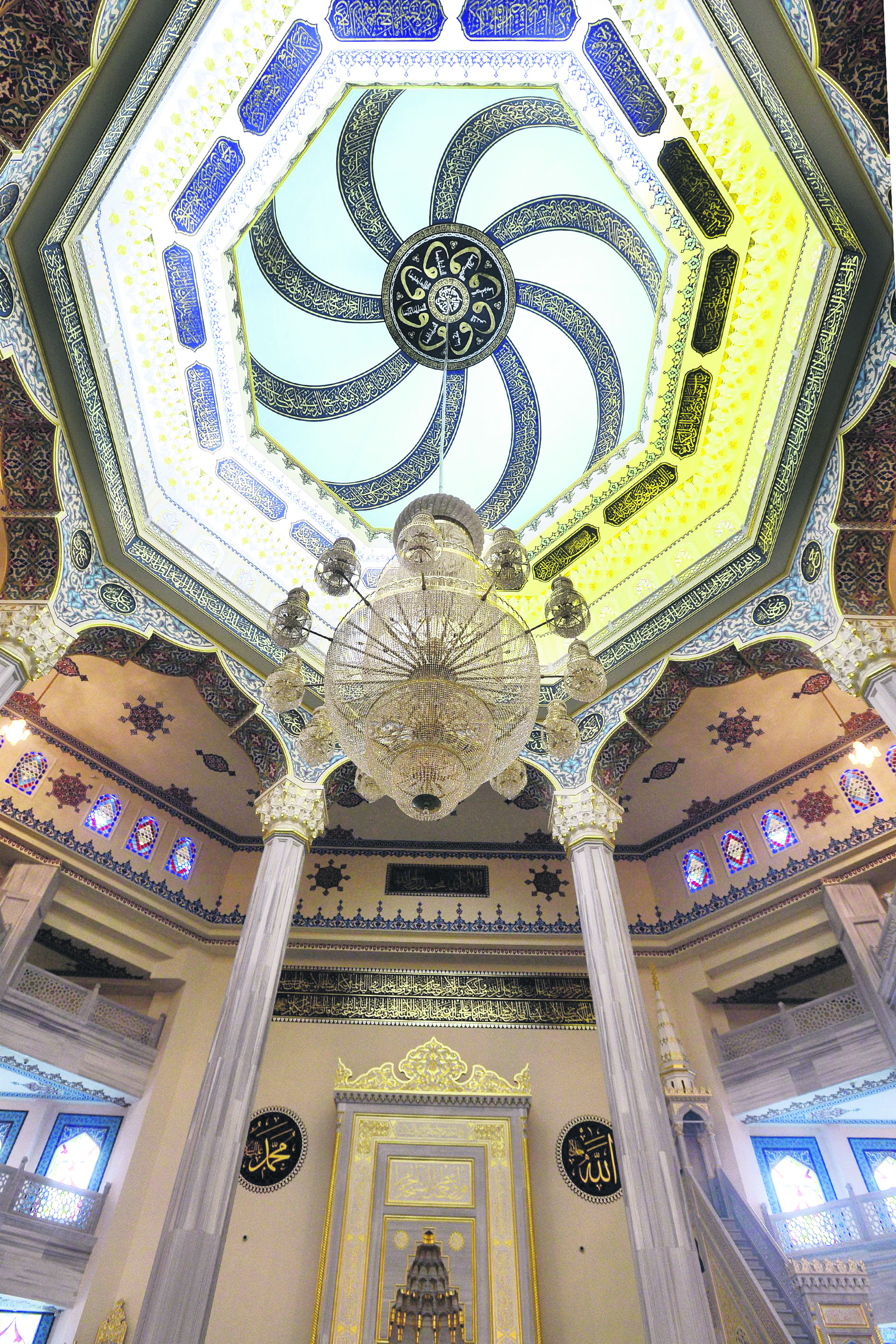 The top of the dome was embellished with certain verses from Surah al-Shams. These verses refer to all creations, including the moon, the earth, the night and daytime. "The verses imply that humans can understand the entire earth with their mind and skills in order to find the secret behind it." He said that some calligraphic works will remind people that all creations venerate God and will admire its power. When you look at the dome, you might feel the curves of a dervish's attire. Everything around the world turns and praises God each time," he added. Kutlu said the dome will feature some verses from Surah An-Nur as well, similar to other mosques. "When we look at an object, we look at its shape and color. For example, when we look at a leaf, we see its green color. However, light is the energy that allows us to see it. God enlightens everything with his light; God appears everywhere," he continued. Kutlu stressed that he also added verses from Surah Al-Alaq on the dome. "You can see verses from Surah Al-Alaq as well. The first word 'iqra' is very important. God orders us to read. At that time, the Quran was not written down. After this, Prophet Muhammad received Surah Al-Qadr. There is no doubt that the Quran shows us the right path. The Quran descended on Laylat al-Qadr. Worshipping God on that night is better than worshipping for 1,000 months," he said.

Kutlu added that he designed calligraphic works depicting verses from Surah al-Asr, which prioritizes good deeds and faith. On certain windows, there are examples of the names of God in calligraphic styles. "Sunlight comes into the mosque through the windows showing God's names. The niche features the verses of Ayat al-Kursi. All calligraphy works are associated with the Quran; they have different connotations," he added.