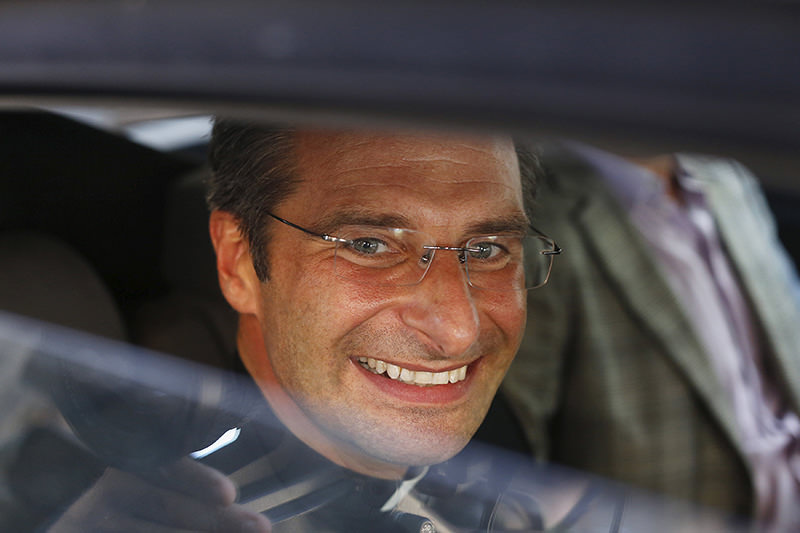 by reuters
Oct 03, 2015 12:00 am
The Vatican dismissed a priest from his post in a Holy See office on Saturday after he told a newspaper he was gay and urged the Catholic Church to change its stance on homosexuality.

Monsignor Krzystof Charamsa was removed from his position at the Congregation of the Doctrine of the Faith, the Vatican's doctrinal arm where he had worked since 2003, a statement said.

Charamsa, 43, and a Polish theologian, announced he was gay and had a partner in a long interview with Italy's Corriere della Sera newspaper on Saturday.

He later held a news conference with his partner, a Spanish man, and gay activists at a Rome restaurant. They had planned a demonstration in front of the Vatican but changed the venue several hours before it was due to have started.

The Vatican said Charamsa's dismissal had nothing to do with his comments on his personal situation, which it said "merit respect".

But it said giving the interview and the planned demonstration was "grave and irresponsible" given their timing on the eve of a synod of bishops who will discuss family issues, including how to reach out to gays.

It said his actions would subject the synod, which Pope Francis is due to open on Sunday, to "undue media pressure".

The issue of homosexuality and the Church has dominated the aftermath of the pope's visit to the United States last week.

In Saturday's interview, Charamsa said his partner had helped him come to terms with his sexuality and knew he would have to give up the priesthood, although the Vatican statement made no reference to this outcome.

"It's time for the Church to open its eyes about gay Catholics and to understand that the solution it proposes to them -- total abstinence from a life of love -- is inhuman," he was quoted as saying.

The Vatican has been embarrassed by controversy over the pope's meeting with Kim Davis, a Kentucky county clerk who went to jail in September for refusing to honour a U.S. Supreme Court ruling and issue same-sex marriage licences.

The Vatican said on Friday that "the only real audience" the pope had during his visit to Washington was with a small group that included a gay couple.
Last Update: Oct 03, 2015 3:28 pm