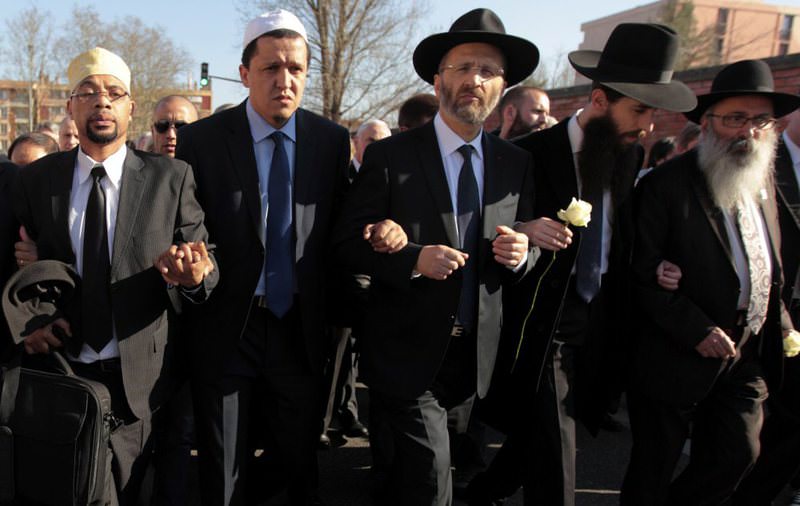 According to the study, job application discrimination against Jews was apparent, but not as pronounced also.
by Daily Sabah with AFP
Oct 12, 2015 12:00 am

While Islamophobia has risen in Europe recently, studies have shown that prejudice in different areas is increasing against Muslims on the continent. A recent study in France found that practicing Muslim men are less likely to be asked for a job interview than Catholics in France, and discrimination is present at each step of recruitment

According to a study published on Thursday carried out by the Montaigne Institute, which sent out thousands of responses to job adverts using fictional names, a practicing Muslim man is four-times less likely to get a job interview in France than a practicing Catholic.

The study found that men who identified as practicing Muslims had a 4.7 percent of being asked for a job interview, compared to 17.9 percent of practicing Catholics.

The overall figure for men and women showed Catholics were twice as likely as Muslims to get a callback for a job interview.

The job application discrimination against Jews was apparent but not as pronounced, with a 15.8-percent chance of landing an interview.

The study was carried out by Marie-Anne Valfort, a senior lecturer at Sorbonne University in Paris, who sent 6,231 responses to job adverts between 2013 and 2014.

All of her "candidates" were Lebanese, born in Beirut in 1988 with the last name Haddad.

But they had different first names depending on the religion they represented: Dov and Esther for Jews, Michel and Nathalie for Catholics, and Mohammed and Samira for Muslims.

They were also listed as having attended faith schools and scout groups linked to their religion.

The results were overwhelming: "The results reveal a strong discrimination against Muslims and Jews in France," the study concluded.

In the case of Muslims, it is even worse than the discrimination faced by black Americans compared with whites in the United States.

Valfort said the study only caught a small portion of the discrimination faced by job applicants since it did not continue to the interview stage.

"It probably underestimates the level of discrimination: All studies show that discrimination is present at each step of recruitment," she said.

"Studies show that the French automatically associate Islam with religious extremism and oppression of women," she said.

"These two stereotypes feed a very strong discrimination, particularly regarding male Muslims. The recruiter perceives an increased risk of transgressive religious practice in the workplace and associates it with a risk of insubordination," she added.

Valfort also created a "non-religious" set of candidates to see how that affected the results.

When "Mohammed" said he belonged to a secular association, he almost doubled his chances of getting a job interview compared with the "Mohammed" who identified as a practicing Muslim.

In a twist, the Catholic candidates almost halved their chances if they identified as secular instead of religious.

"It's likely that an attachment to Catholicism is seen by recruiters as a sign that a man is more disciplined," the study said.

Her next question was whether the discrimination still held true for exceptionally gifted candidates.

She created profiles with excellent school results, skills and experience.

This removed discrimination when it came to women, with Jews and Muslims doing just as well as Catholics.

The French government had toyed with the idea of anonymous CVs earlier this year, but preferred to put the emphasis on anti-discrimination training and punishment for offenders.