President Erdoğan: Jihad is awakening, not terror or killing the innocent 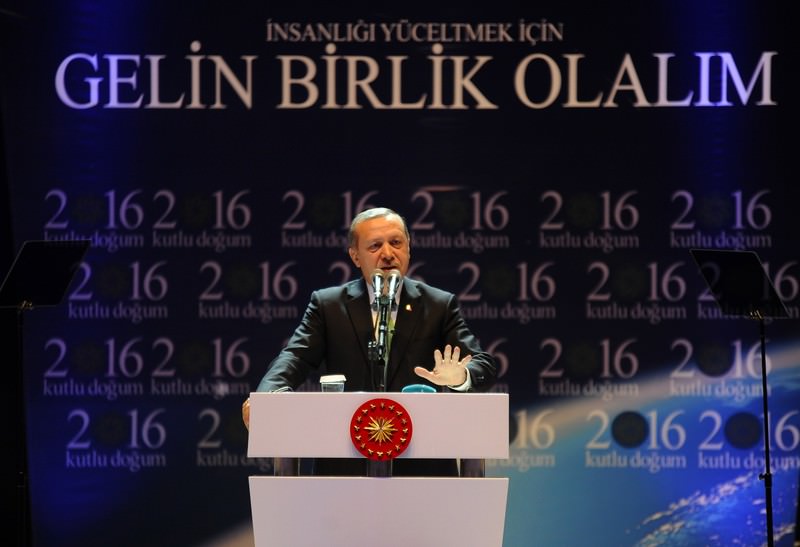 Speaking at an event in Istanbul organized by the Directorate of Religious Affairs for the holy birth week, a special week celebrated only in Turkey in which the birth of Prophet Muhammad (Peace Be Upon Him) is marked, Erdoğan said: "We are now paying a price for our war against terror but we will not stop until the end."

Speaking at the Sinan Erdem Sports Complex in Bakırköy district of Istanbul, he also added that Turkey conducts anti-terror operations against all terrorist organizations that threaten its unity including the PKK, Daesh and Al Qaida "in order to ensure the safety and peace in the country."

"Unfortunately, these terrorists, these so-called 'Muslims,' but in fact the fiercest enemies of Islam, only serve Islamophobia, and are torturing, oppressing, and killing innocent Muslims," he added.

"These modern-day terrorist organizations have harmed Islam even more than the biggest enemies of religion the world has ever seen," Erdoğan further stated.

Due to its proximity to Syria and Iraq where Daesh is active, Turkey is exposed to threats from Daesh, which classifies the country among its many enemies. The group's clashes with rebels occasionally spill over into Turkish territories, while Turkey struggles to keep its lengthy border with war-torn Syria well-protected with walls and firepower.

Turkey has listed Daesh as a terrorist organization since 2013. So far, more than 3,300 suspects have been investigated for links to Daesh and other militant groups.

Turkey is also at risk from a flow of foreign recruits to the group in Syria. The latest figures show some 27,000 people from more than 100 countries were stopped as they attempted to travel to Syria to join the militants.