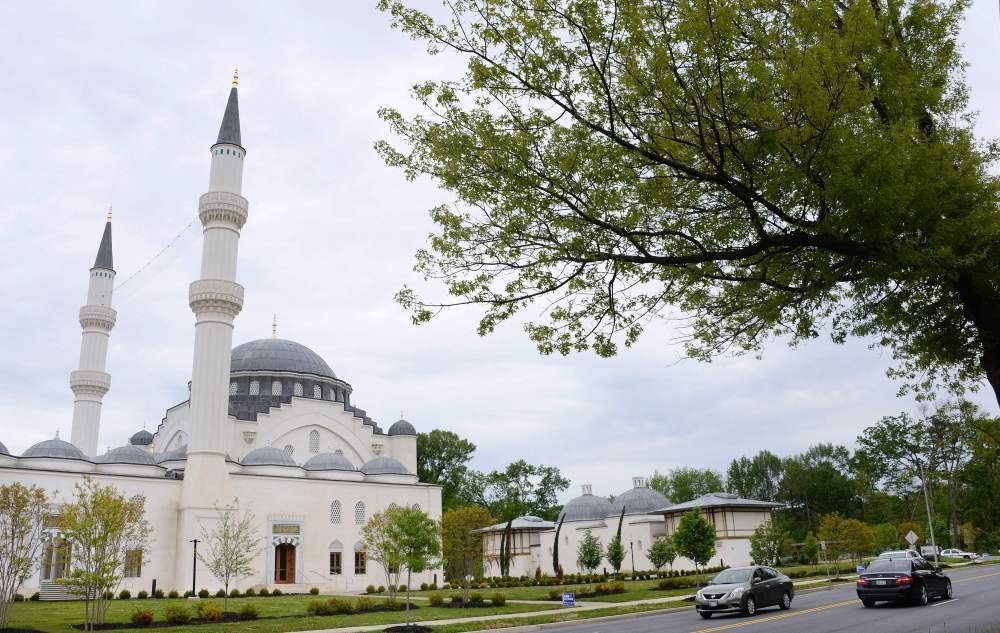 by Daily Sabah with AA Jun 08, 2016 12:00 am
The Diyanet Center of America (DCA), in Maryland, only a half-hour drive from Washington D.C., will welcome Muslim residents throughout the Ramadan month. One of the largest mosques in the U.S. within a large complex, the DCA is holding a special Ramadan program. Every night, locals gather in masses for tarawih prayers, a voluntary prayer that is observed during Ramadan. The DCA has also initiated a Ramadan iftar sponsorship in different categories for individual, shared family and fully family meals along with a Ramadan iftar volunteership, allowing interested individuals to join DCA Ramadan events.

During Ramadan, the DCA, which is situated near neighborhoods with predominant Turkish and Muslim populations, continues to hold different activities for all ages. Every day from June 6 to July 4, the "Ladies Quran recitation" program is organized at the center's guest house along with Ramadan talks on different subjects. On June 10, Zainab Chaudry, a spokeswoman and Maryland Outreach Manager for the Council on American-Islamic Relations will deliver a talk on Islamophobia at the Cultural Center Auditorium. There are also weekly family programs under the "Ramadan Family" category featuring children's activities such as puppet shows and the traditional "Karagöz" show, "Curious George" and "Green Muslims." The DCA also offers religious courses with Arabic and English language options. A Ramadan youth program is also available for youngsters along with open group discussions and workshops.

Built by funds from Turkey's state-run Presidency of Religious Affairs (DİB) as well as Turkish-American non-profit organizations, the DCA was officially opened on April 2 by President Recep Tayyip Erdoğan. The complex features classic Ottoman and Seljuk-era architecture built on a 60,000 square-meter (64,600-square-foot) area. It includes traditional Turkish baths for men and women, swimming pools, a multi-purpose hall and an indoor sports complex. The Islamic Research Center within the building provides consultancy services for undergraduate and graduate students coming from Turkey to the U.S. There is also a 300 square meter Islamic Arts Museum below the mosque and 10 traditional-style houses within the complex where guests can stay. The mosque at the center of the complex has two minarets and is built on 879 square meters; if one includes the courtyard, the place of worship is large enough for approximately 3,000 Muslims to pray at the same time.
RELATED TOPICS