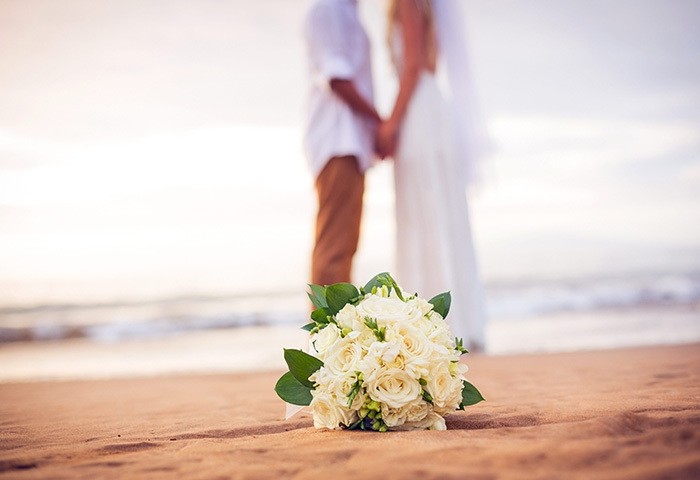 |File Photo
by Daily Sabah with AP Jun 17, 2016 12:00 am
Pope Francis has controversially said that the "great majority" of Catholic marriages in modern world are invalid due to couples not fully realizing the marriage as a lifetime commitment.

The pope, who has come under fire before for making spontaneous comments about doctrinal matters, was speaking at a question-and-answer session with priests, nuns and parish workers on Thursday night in a Rome basilica.

"We are living in a provisional culture," Francis said in response to a man who spoke of "the crisis of marriage" and asked how the Church could better prepare young couples.

"Because of this, a great majority of our sacramental marriages are null because they (the couple) say 'yes, for the rest of my life' but they don't know what they are saying because they have a different culture," Francis said.

In the Vatican's transcript issued on Friday morning his words were changed to read "some" instead of "a great majority". A Vatican spokesman said the pope's off-the-cuff remarks are sometimes edited after consulting with him or among aides.

Critics appeared to take the pope's words as a suggestion that most Catholics do not take their marriage vows seriously.

Ross Douthat, the conservative Catholic writer and New York Times columnist, said in one of his some 20 tweets on the subject that Francis had made "an extraordinary, irresponsible and ridiculous claim".

Edward Peters, a U.S. canon lawyer who has been an adviser to the Vatican, wrote that the pope's words were "very bad" because they could spur couples in difficult marriages to "give up now" instead of trying to overcome problems.

The Catholic Church teaches that a marriage can be ended only by death or an annulment -- a Church ruling it was not valid in the first place because it lacked prerequisites such as free will and psychological maturity.

"There are girls and boys who have purity and a great love, but they are few," he said, adding that many young people had a materialistic and superficial approach to their wedding day, such as an obsession with choosing the right gown, the right church and the right restaurant.

Conservatives also chided Francis for saying at the same meeting that priests should not pressure couples who were co-habitating if they were not ready to get married. He said the priests should "let fidelity ripen".

Francis has been taken to task for unscripted comments before. Last year, he also said: "Catholics should not feel they have to breed 'like rabbits' because of the Church's ban on contraception." Pontiff also invted Catholic families to be 'responsible parents'.

The Pope confirmed the Church's approval of natural birth control methods, and also reinstated the Church's ban on artificial birth control methods. Commenting on his interaction with a Filipino woman who has had seven caesarean sections, Pontiff said that she had put her life at risk and "That was an irresponsibility."
Last Update: Jun 17, 2016 5:21 pm
RELATED TOPICS