Tambourine in hand, a Christian wakes up Acre's Muslims for Ramadan 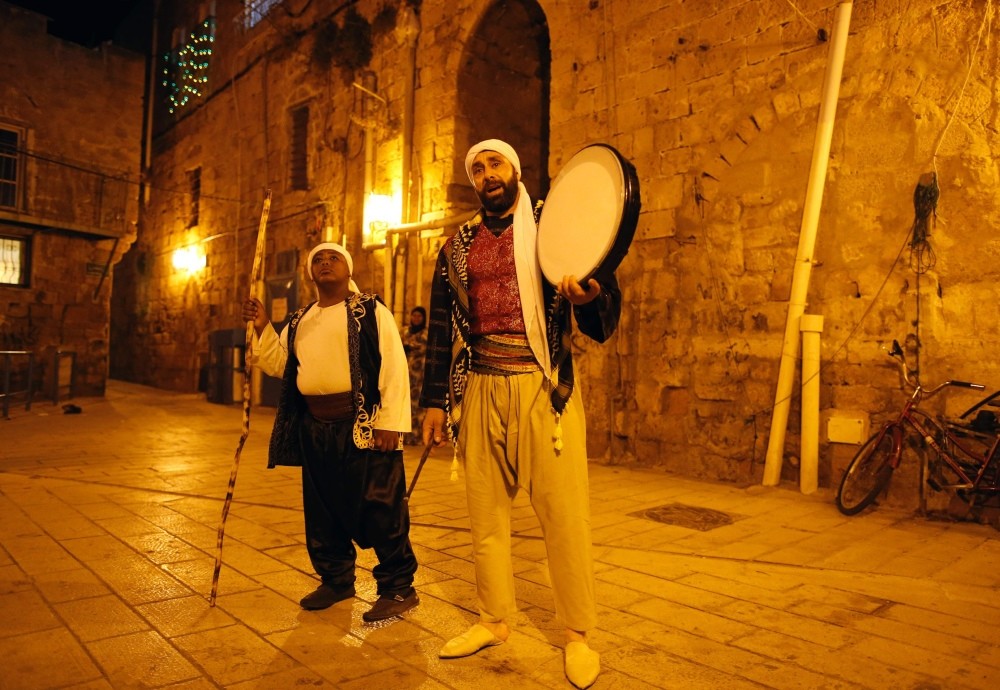 Christian Michel Ayoub from Acre performs the mission of waking up Muslims for ‘sahur,' an early morning meal eaten before the daily fast, in a promising example of pluralism

Michel Ayoub's holy racket begins each day at 2:00 am, when he steps into the cobbled streets of Acre's old city with tambourine in hand, awakening Muslims for Ramadan. His role as the city's "mesaharati" is a traditional one during the sacred fasting month, but Ayoub is by no means a traditional holder of the position: He is Christian.

The 39-year-old Arab Israeli sees no contradiction in that, and neither do the Muslim residents of this ancient city in northwestern Israel, overlooking the Mediterranean Sea. "We are the same family," says Ayoub, who wears traditional Levantine dress as he meanders the alleyways, a keffiyeh draped over his shoulders, baggy sirwal pants held around his waist with an embroidered belt, a black-and-white turban tied around his head. 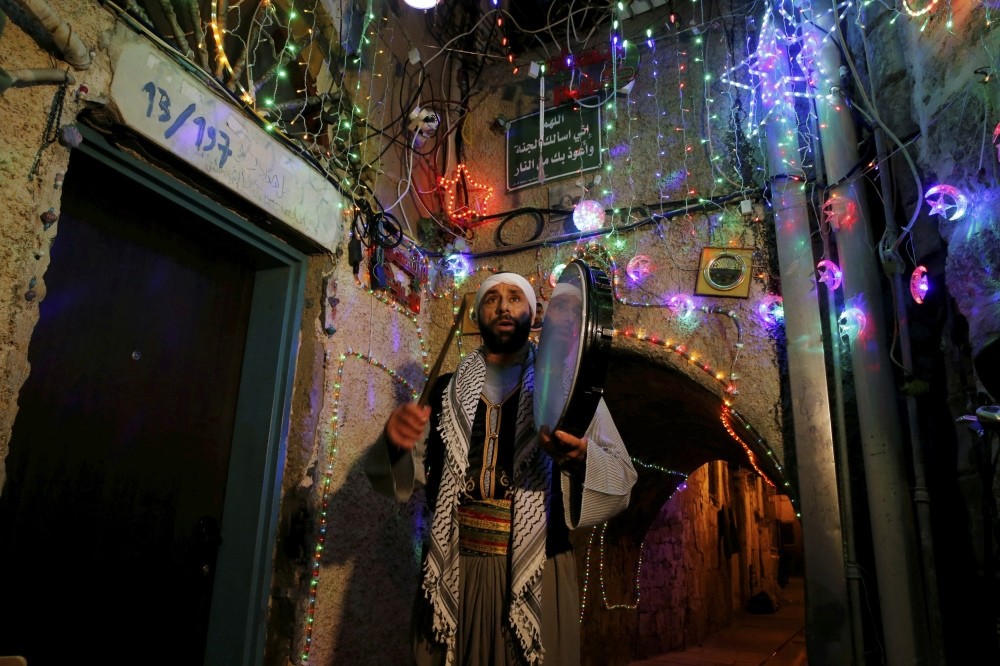 Ayoub's role as the city's "mesaharati" (one who wakes people up for sahur) is a traditional one during the holy month of Ramadan, but Ayoub is by no means a traditional holder of the position, as he is Christian.

"There is only one God and there is no difference between Christians and Muslims."

His voice rings out as he chants, piercing the silence of the empty streets decorated with traditional colourful lamps for Ramadan.

"You, sleeping ones, there is one eternal God," he chants.

Houses begin to light up one by one. Some stick their heads out of their windows to greet him and tell him they have heard the call, awakening them for the "suhur," the traditional Ramadan pre-dawn meal. During the holy month, which began on June 5, Muslims abstain from food and drink from sunrise to sundown, making the suhur an important meal before the long day ahead.

'We would be lost'

Acre's population of more than 50,000 includes Jews, Muslims, Christians and Baha'is. It has been continuously inhabited since the Phoenician period, which began around 1500 BC. It was the main port of the medieval Crusader Kingdom of Jerusalem and a major Ottoman walled city.

Napoleon tried to conquer the heavily fortified town in 1799 but was repelled by the Ottomans and a small British Royal Navy force. The walled old city, complete with a well-preserved citadel, mosques and baths, is listed by UNESCO as a World Heritage site.

Today it is part of Israel, which captured it in the 1948 Arab-Israeli war surrounding the state's creation.

About 28 percent of its population are Arab Israelis, who are Palestinians and their descendants who remained after the 1948 creation of Israel.

Most of the city's Arabs are Muslims, but a minority, like Ayoub, are Christians.

The mesaharati tradition had disappeared from Acre until Ayoub, who usually works in construction, revived it 13 years ago. He says it was his way to preserve his grandfather's heritage.

He says his grandfather, a fervent Catholic, listened to readings of the Quran every Friday during the main weekly Muslim prayers. Partly for that reason, Ayoub says he grew up with the idea of coexistence, respect and knowledge of other religions.

By carrying on the mesaharati tradition, he says he was "only doing my duty by helping our Muslim brothers who endure hunger and thirst" during the fasting month.

Sabra Aker, 19, says she "grew up with Michel Ayoub's wake-up calls during Ramadan."

"If he didn't come one day, we would be lost," she says through the window of her home. Safia Sawaid, 36, exits her home to ask if she can take a photo with Ayoub and her children. "It's great to see someone so attached to our culture and our traditions," she says. "I hope that he will continue every year." Ayoub may even be grooming a successor to ensure the tradition does not end with him. Ahmed al-Rihawi, 12, accompanies him on his nighttime mission, wearing sirwal pants, a black vest and a turban. "He is a promising mesaharati," Ayoub says. "He is very talented."
RELATED TOPICS