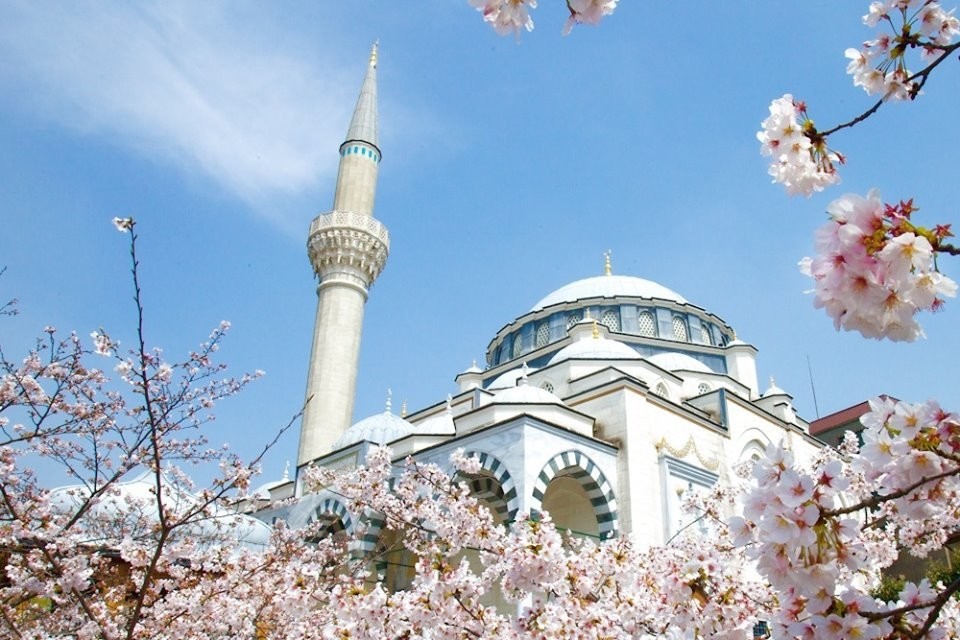 by Daily Sabah with AA Jun 24, 2016 12:00 am
Every evening throughout Ramadan, Muslims go to Tokyo Mosque, which is run by Turkey's Presidency of Religious Affairs (DİB), in Japan's Shibuya-ku area for iftar (fast-breaking dinner) prepared by Turkish chefs. The iftar is at the mosque's cultural center and attracts 400 people on weekdays and 500 on weekends.

Raşit Alas, the mosque's imam, said that they receive donations and every day different people cover the cost of the meal. The program will continue until the end of Ramadan. Alas said that volunteer university students help out. The mosque's cultural center also holds Ramadan-related discussion sessions and conferences. There are arts and culture programs at certain times as well. The mosque's library has religious books and books on Turkish culture in Japanese.

Tatars who had migrated to Tokyo established a community called "Mahalle-i Islamiye" (Islamic Neighborhood) led by Muhammed-Gabdulkhay Kurbangalievand Abdurreshid Ibrahim and built a mosque and school in 1938. The Japanese community gave considerable support to the Tatars both economically and socially. However, the mosque was destroyed in 1986 because of many years of wear and tear and the Tokyo Turkish Association donated the land to the Republic of Turkey on the condition that a new mosque would be built. In 1998, construction resumed and it was completed in 2000.
RELATED TOPICS