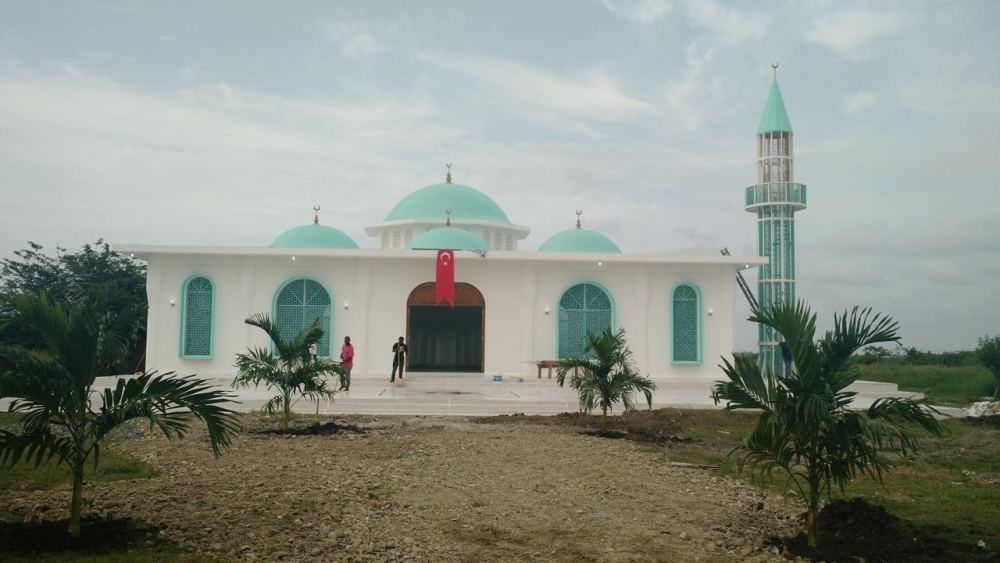 by Daily Sabah with AA
Jun 28, 2016 12:00 am
Boukman Buhara, Haiti's first mosque with a minaret, opened for the Caribbean country's small Muslim community in the Islamic month of Ramadan. Built by Turkey's Diyanet Foundation, a charity linked to state-run Presidency of Religious Affairs (DİB), the mosque will serve some 5,000 Muslims living in the country.

The mosque, whose construction was completed in two years, is located in Cap Haitien and at a location near Haiti's border with the Dominican Republic. Through its minaret, it will be the first time Muslims on the island have been able to hear adhan or the Muslim call to prayer. The mosque is filled every night for the faithful performing tarawih, a lengthy prayer exclusive to Ramadan.

The project was conceived after the 2010 earthquake that killed 300,000 people on the island. Turkey was among the aid donors to Haiti and was interested in aiding the Muslim community in the country. Mustafa Tutkun, director of the Diyanet Foundation, said the mosque raised the profile of Muslims in Haiti. He added that the foundation also built a school for Muslim children near the mosque. Turkey pioneers efforts for the construction of new mosques especially in countries where Muslims are a minority. The Diyanet Foundation is at the forefront of Turkish mosque projects.