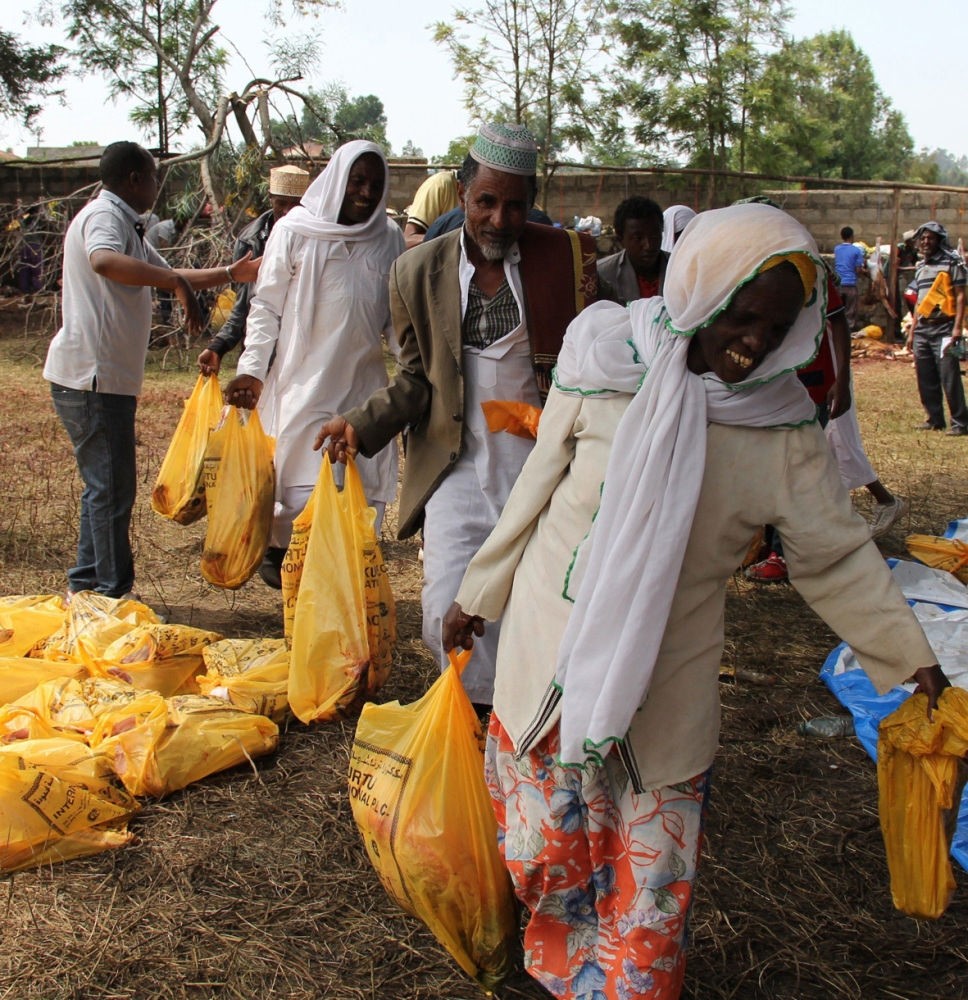 Through a campaign started by the Turkish Presidency of Religious Affairs, the sacrificed animals have been distrbiuted to Ethiopians for Qurban Bayram.
by Anadolu Agency Sep 12, 2016 12:00 am
Ethiopians celebrated their New Year on Sunday, with the country's Muslim population also welcoming Qurban Bayram (Feast of the Sacrifice) today, also known as Eid al-Adha.

The country welcomed the year 2009 - the Ethiopian Orthodox calendar is nearly seven years behind the Georgian calendar - as families and friends gathered to spend time together eating and drinking.

On Monday, Ethiopian Muslims, who make up roughly one-third of the population, will join the rest of the Islamic world in marking the start of Qurban Bayram to commemorate Ibrahim's willingness to sacrifice his son Ismail for God.

Due to the Islamic lunar calendar, this is the first time in many people's lifetimes that Qurban Bayram and New Year's have coincided so closely.

However, the double celebration is marred by unrest in the central Oromia and northern Amhara regions in which, according to rights groups, hundreds have been killed by security forces since November.

A hike in the price of meat and livestock has also hit many households in Ethiopia as they prepare for the New Year's feast.

Across the capital city of Addis Ababa, residents dressed in traditional white outfits and bought green reeds and yellow daisies to spread on the floors of their homes.

Families sat down to meals of injera, a flat bread made of teff flour, and doro wot chicken stew - a popular meal that is usually rounded off with local coffee.

Because animals are slaughtered for both festivals, prices have skyrocketed in recent weeks. Goats and sheep that fetched around $100 last year are being sold for double the price in some towns.

"Prices are high for obvious reasons," Tamiru Belay, a cattle trader, said. As well as the high demand created by the proximity of the festivals, Belay said road blockages in Oromia had caused a shortage of supply.
RELATED TOPICS