From war or wealth: The many faces of hajj 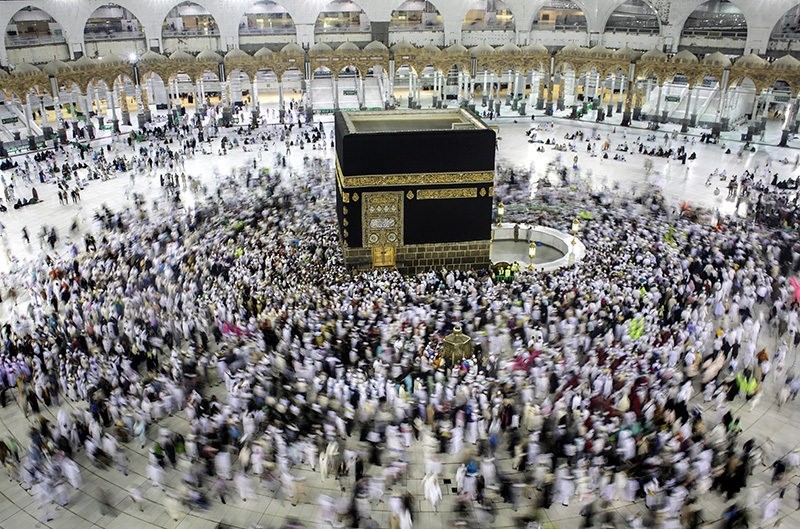 There are those who come from countries at war, others who saved their entire lives, and some making the pilgrimage for the umpteenth time.

They are among more than 1.8 million Muslim faithful who have spent the past few days at sacred sites around Mecca, Islam's holiest spot, for the annual hajj which ends on Thursday.

During the pilgrimage they follow the same route. But they have taken different roads to get there.

Here are some of their stories:

A return to war

In several days Abu Fadel al-Shaush will return to his home region of Rima in Yemen. There, he will again find war and the uncertainty that comes with travelling in a country where "you don't know if you will arrive safely."

They escaped, for a while, from the country where a Saudi-led coalition is fighting rebels who still hold the capital Sanaa and much of northern Yemen.

Yemen's government accused the rebels of trying to stop Yemenis attending the hajj while the insurgents said Saudi Arabia used the pilgrimage for "political ends".

To get to Mecca, Shaush, 43, first had to travel east to Wadia, the only border crossing still open between Yemen and Saudi Arabia, which carries out regular air strikes in Yemen. Then he headed northwest to Mecca.

In all, it was a journey of thousands of kilometers (miles) by bus.

"If there was no vehicle I would have walked," said Shaush, who works for the justice ministry.

"A Yemeni will do whatever it takes to perform the hajj."

Talib ul-Haq first performed the hajj 40 years ago. At that time, aged 26, he was one of thousands of Pakistani workers in Saudi Arabia.

Thanks to five years of labour in the oil-rich kingdom where Islam was born, he returned home to marry and raise six girls.

Now 66, he has come back with his wife and three youngest daughters to find that "absolutely everything has changed" in Mecca.

"The first time I came by car, and I could almost park right at the entrance of the holy sites," he said.

Private vehicle access is now restricted so the rivers of pilgrims can flow freely.

Haq spoke on one of the many pedestrian walkways connecting the different stages of the pilgrimage, a total distance of about 15 kilometres (nine miles).

This time, he arrived by plane from Karachi at a cost of more than $7,500.

Wearing a blue jalabiya, a type of long shirt, and a black cap on his shaved head, Haq said that, despite the cost, he has experienced a priceless happiness "at seeing in reality the holy site to which I have faced to pray since I was small."

In poverty-stricken Senegal, West Africa, Soukaeena Ba has a full life, between work as a judicial counsellor and her activities with an association of female legal experts.

So, "to keep grounded", she comes regularly to Mecca. At 60, she has performed the hajj more than five times.

The hajj is one of the five pillars of Islam and capable Muslims must perform it at least once.

Many poor Muslims must wait years for the chance, leading some critics to complain about those who make multiple pilgrimages.

This year Ba came with friends from her legal association.

Like other times, "I question again many aspects of material life," said the elegant mother wearing a white veil through which gold earrings are visible.

She says the challenge now, after returning home, is to maintain "the humility that enters us in Mecca when we face the grandeur of God."

Karim Rafass, 33, grew up in the south of France and now lives in the Gulf emirate of Dubai where he works in manufacturing.

This year he joined his parents and brother, who came from France, in Saudi Arabia to make the pilgrimage together.

"Performing hajj does not depend on being young or old because the reason you come here is to find your inner self," he said, holding his mother's arm to help her along a street in the middle of a crowd of pilgrims.

Although in material terms Rafass said he "had no financial difficulties," the pilgrimage asks "an investment of time". To attend, he had to ask his boss for time off work.

It was worth it because the hajj "is an exercise of faith.

Abdullah al-Ghamdi is not exactly a pilgrim.

Every year this Saudi Arabian doctor takes holiday during the hajj and goes to Mecca, which is northwest of his home in Baha city.

For three years the young man, with a moustache and imposing eyeglasses, has supervised a dozen student doctors and nurses who volunteer for the Saudi Red Crescent Authority.

"It's very important for me to help the sick or elderly pilgrims. It's my way of serving the holy sites," said Ghamdi, wearing a fluorescent orange vest over his navy blue uniform.