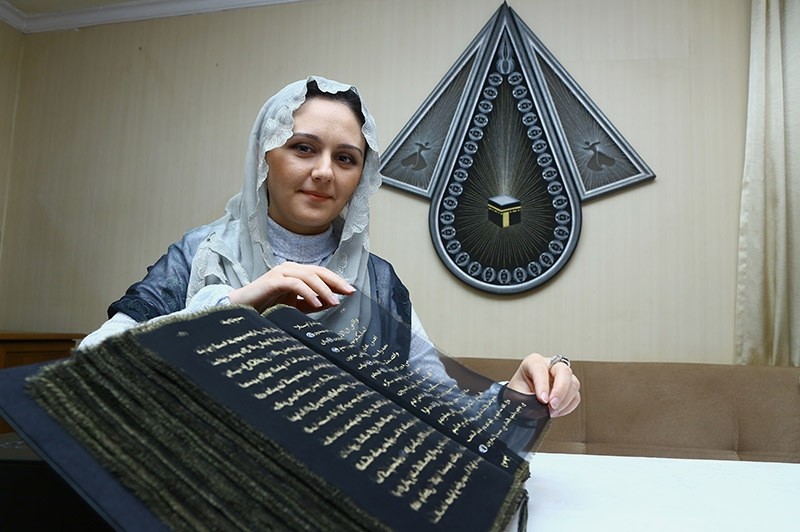 Memmedzade, a 33-year-old artist, used 50 meters of transparent black silk, and 1,500 milliliters of gold and silver inks in the project, which has taken three years to complete.

She reports that she transcribed the Quran based on the official version released from the Diyanet, the Turkish Presidency of Religious Affairs, on silk sheets each measuring 29 x 33 cm.

Memmedzade stated that after investigating further she realized that the Quran had been transcribed onto various materials but never onto silk before, and this was her driving motivation for the project. She considers the work to be her chef d'oeuvre, while also noting that it does not infringe on religious law since silk is a material referred to in the Quran.

Having studied art history at the Marmara University in Turkey, Memmedzade thanks God for having completed her masterpiece after three years of work and expressed her happiness to be the first person to have undertaken such a project.