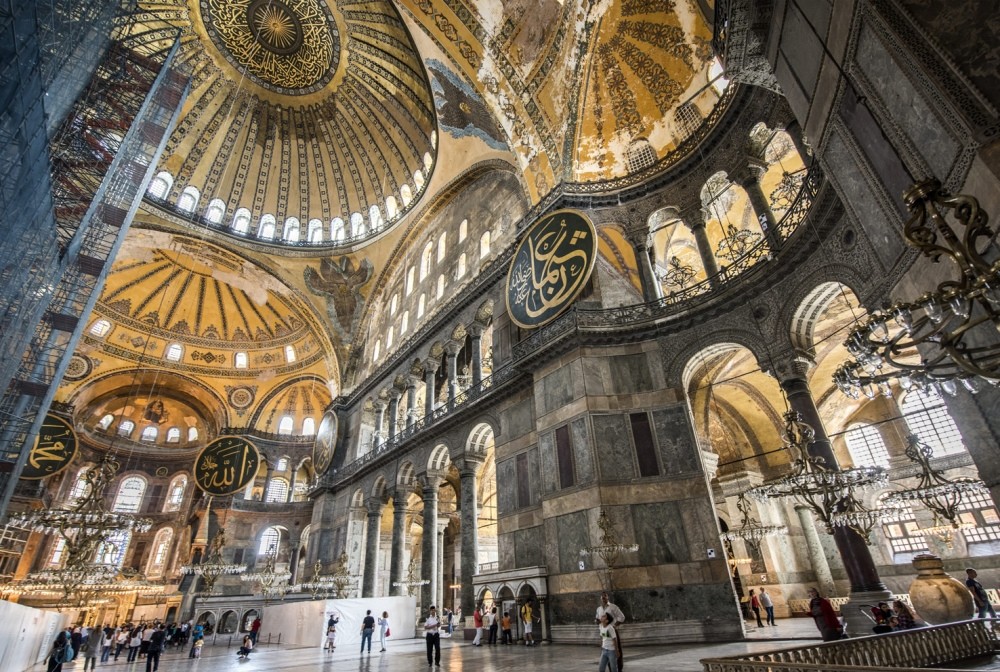 by Daily Sabah Nov 22, 2016 12:00 am
After a petition was filed by citizens from the Association of Permanent Foundations and Service to Historical Artifacts and the Environment with Ankara's 7th Administrative Court regarding the right to worship at Hagia Sophia - a former Greek Orthodox Christian patriarchal basilica and imperial mosque that later became a museum - an appeal filed with the Council of State was also rejected in a landmark decision.

Nearly 82 years ago to the day, on Nov. 24, 1934 the Hagia Sophia was designated a "monument museum" in a decision made by the Council of Ministers that year under Atatürk's presidency. According to Turkey's Ministry of Culture and Tourism, the denial of the request to open Hagia Sophia for worship one day per year and for the annual Qurban Bayram (Feast of the Sacrifice) prayers was in the ministry's favor.

A citizen from Yozgat, (H.Y.), demanded that the Hagia Sophia operate as a mosque and applied to the Committee on Petitions. The commission took the citizen's application into consideration and asked the Ministry of Culture and Tourism if there is any proceeding regarding the issue. The Ministry of Culture and Tourism responded to H.Y.'s demand, emphasizing that the decision was made to convert Hagia Sophia into a museum under the order of Atatürk and the decision of the Council of Ministers on Nov. 24, 1934. The court decided that the aforementioned decision is still in force.

The ministry of Culture and Tourism also reminded people that a claim was previously filed by the Association of Permanent Foundations and Service to Historical Artifacts and the Environment to open the Hagia Sophia for worship one day a year and to perform Qurban Bayram prayer there also resulted in the ministry's favor. The ministry also said the same association applied to the 7th Administrative Court in Ankara to open the Hagia Sophia to worship and to transform it into a mosque but the court refused it as well, while the association appealed to the Council of State. Conveying the decision of the ministry to the citizen who appealed to the court, the Committee on Petitions decided there cannot be further procedures regarding this issue.
RELATED TOPICS