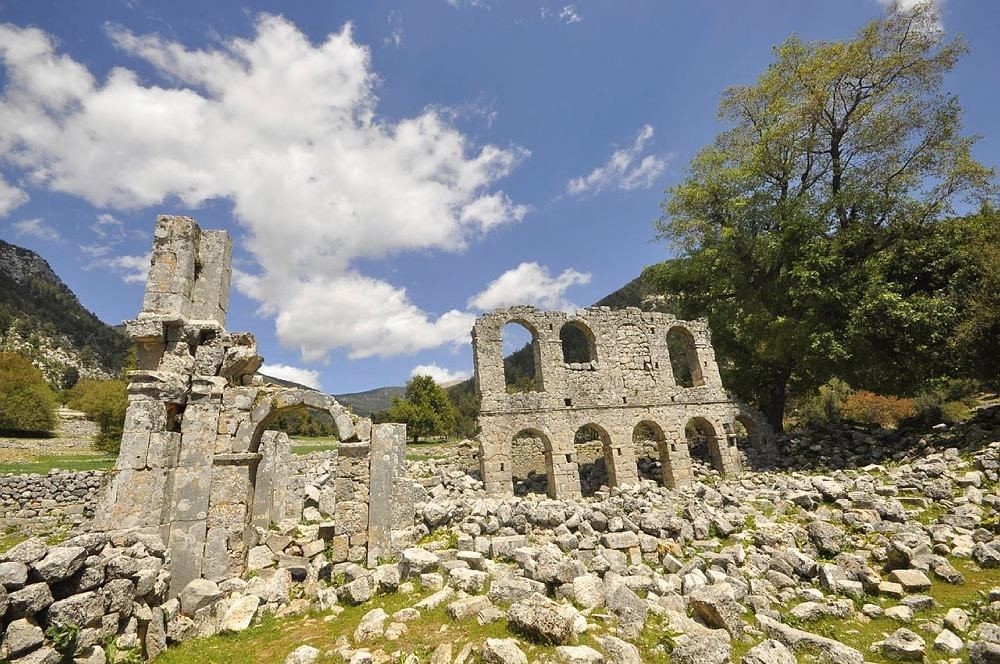 by Dec 05, 2016 12:00 am
Expats and tourists are heading to Demre (Myra), a small district in Antalya, to commemorate Saint Nicholas's Day in a religious ceremony ahead of the new year. The church holds a service every year on Dec. 6 in commemoration of the historic day, offering Christians a religious experience and a chance to walk down a track known as Santa Claus' (St. Nicholas') Road stretching along 100 kilometers of eight tracks dotted with informative signs and visitors are given a booklet titled the "Santa Claus Road Walking Road Map", which was printed under the supervision of Turkey's Ministry of Culture and Tourism. In the scope of the project, an ancient castle in Demre has also been restored thanks to ministerial initiatives.

The walking route begins at the Beymelek Stone Houses, which includes ancient town, the Gün Ağa archaeological site, and the Ala Church, and stretches across 9 kilometers. Among the eight walking routes, the shortest route takes you from the Beymelek Stone Houses to the ancient city of Myra across a 4.5-kilometer track. The second longest route starts from the same location and stretches 14 kilometers passing through Bedemli, the Kaklık Hill ancient area and the monument of Emperor Tiberius Claudius before ending at the Beymelek Fishpond. The starting route in Antalya's Kaş district starts at the Dereağzı Church on the border between Kaş and Demre.

Beymelek Mayor and Chairman of Beymelek Stone Houses Cultural Tourism and Solidarity Association Osman Güngör said important contributions were made in support of the Santa Claus Road project, which he said creates an alternative touristic opportunity in the region. He also noted that, based on ministerial records, more than two years have passed since the road project was approved and opened to tourists. Since then, thousands of tourists -- mostly consisting of foreigners from the U.S., Japan and European countries -- have walked on the road. Mentioning that the walkway passes through a total of 16 ancient cities and ancient ruins that are entombed in nature, he said the road passes through a total of 16 ancient cities, offering visitors timeless views of ancient ruins preserved in nature. Visitors will see signposts and directional signs in all directions according to Güngör, who said if authorities give a little more importance to its promotion, the road will become a very viable option for regional tourism and alternative tourism, underlining that local and foreign tourists come to walk on the road even though winter is coming.
RELATED TOPICS