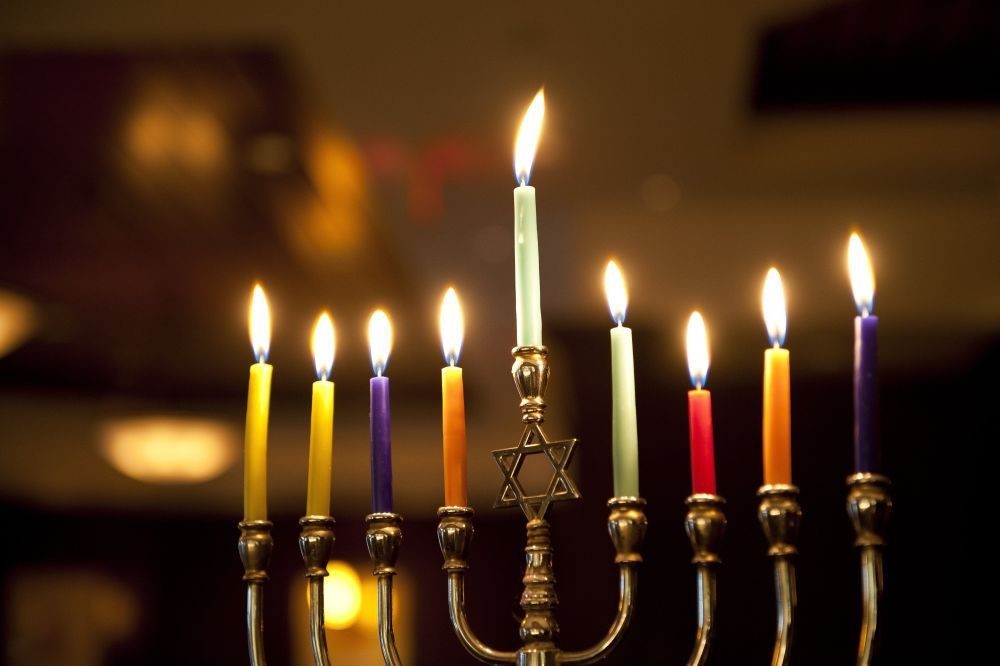 by Daily Sabah Dec 22, 2016 12:00 am
The eight-day Jewish celebration known as "Hanukkah" or the Jewish Festival of Lights will begin on Dec. 25 this week. With nightly menorah lighting, special prayers and fried food, Hanukkah, the rededication of the second Jewish Temple in Jerusalem, will be marked by Istanbul's Jewish community through a special event at the city's Neve Shalom Synagogue.

The Quincentennial Foundation Museum of Turkish Jews will host the program at the city's biggest synagogue, inviting the Jewish community to mark the day for peace, brotherhood and respect among all Abrahamic religions. The program will be held on the third day of Hanukkah on Dec. 27 from 4 p.m. to 6 p.m.

"We will light candles on Hanukkah, also described as the Festival of Miracles, to wish for peace and hope," said Nisya İşman Allovi, the Head of the Quincentennial Foundation Museum of Turkish Jews.

Turkey has around 18,000 Jews according to the Turkish Jewish community. In 2015, Turkey's Jewish community marked Hanukkah as an openly celebrated holiday for the first in the republic's history. The celebration took place in Istanbul's Ortaköy Square.
RELATED TOPICS