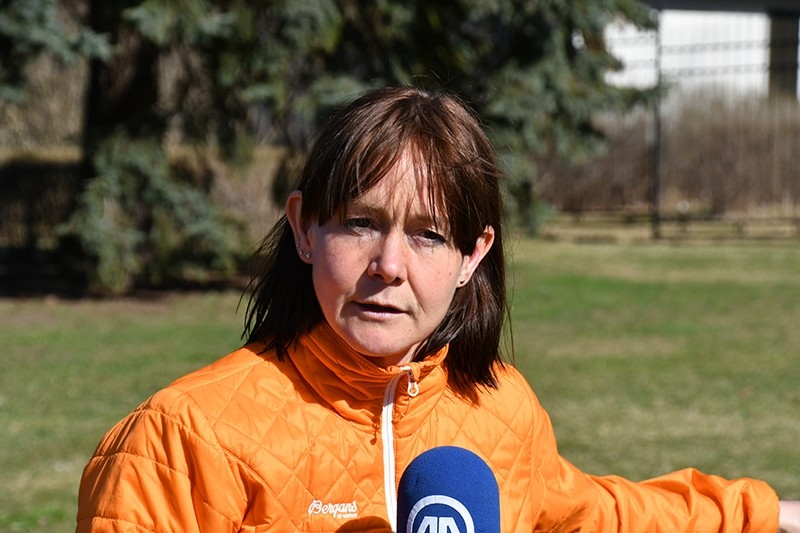 A Swedish female runner has taken up the cause of drawing attention to prejudice against Islam in Europe.

In an interview with Anadolu Agency over the phone, Kristina Palten said she intends to run again through an Islamic country and prove all such prejudices wrong.

"I'm fighting against prejudices against Islam. There are 1.6 billion Muslims in the world and all of these 1.6 billion can't be terrorists," the 45-year-old runner said.

In August 2015, Palten undertook a 183-kilometer (114-mile) long run for 58 days, which took her through Turkey, Iran and finally, Turkmenistan.

On Wednesday, a video of her unique journey was released on the U.K's The Guardian's news website, which was watched by over two million people in just 24 hours.

About her 2015 run, Palten said: "I didn't pay for my accommodation and many things on my journey. It was unbelievable."

Palten said the experience taught her to stop judging Muslims based on the actions of a few fanatics.

"I had the opportunity to meet Turks, Arabs, Kurds and Persians along the road to Turkmenistan, and they are all wonderful and nice people.

Before she began her journey, she said, she too had doubts about Islam and the people who follow the faith.

"It's impossible not to get affected by the negative portrayals [of Islam and Muslims] in the mainstream media," she said. But now she said: "I haven't seen anything but friendship, humanity and hospitality from Muslims."

She also had a message for people who feared others based on their faith.

"If we want to leave a better world for our children, we must leave our fears about Muslims aside and overcome our prejudices."

She had previously also participated in a 3,200-kilometer (1,988-mile) long race from Turkey to Finland. She also holds two world records for running on treadmill in 2013 and 2014, according to her website.