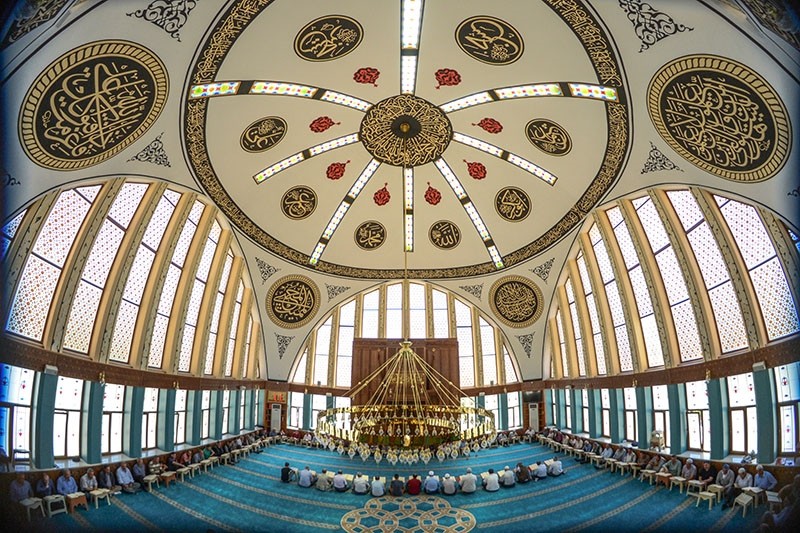 The Hacı Firdevs Türkmenoğlu Mosque is set to open in Van province this year, displaying a unique mix of Seljuk, Ottoman and Arab architecture.

The mosque, which has been under construction for four years, covers 650 square meters and is large enough to host around 200 worshippers at a time.

Architectural features from the Seljuk Empire that ruled much of Anatolia from the 11th century adorn the mosque's doors, while Ottoman motifs are found on the carpets and Arab influences permeate the prayer niche.

Hacı Firdevs Türkmenoğlu Mosque lacks the heavy columns found in many mosques, giving it a spacious atmosphere. Long pendentives hang from the large dome to the floor, while the walls let in light through floor-to-ceiling windows.

The mosque offers a unique blend of modernity and tradition, as worshippers can watch live footage of the Kaaba and Medina on a giant screen between prayer times.

Former AK Party deputy and businessman Kayhan Türkmenoğlu, named the mosque in memory of his mother Firdevs Türkmenoğlu, placing it on the site of an former mosque that had been damaged by earthquakes.

More buildings are planned to be added around the mosque, turning the site into an Islamic social complex that will serve the area.

The mosque's imam Nasrullah Yavuz said that project has received positive reactions from local residents, commenting, "The mosque's bringing together of three architectural styles gives spiritual strength and means that our congregation worship with a sense of awe."

Yavuz noted that the mosque has been particularly popular during Ramadan, during which he has continued the tradition of public Quran readings during the holy month.