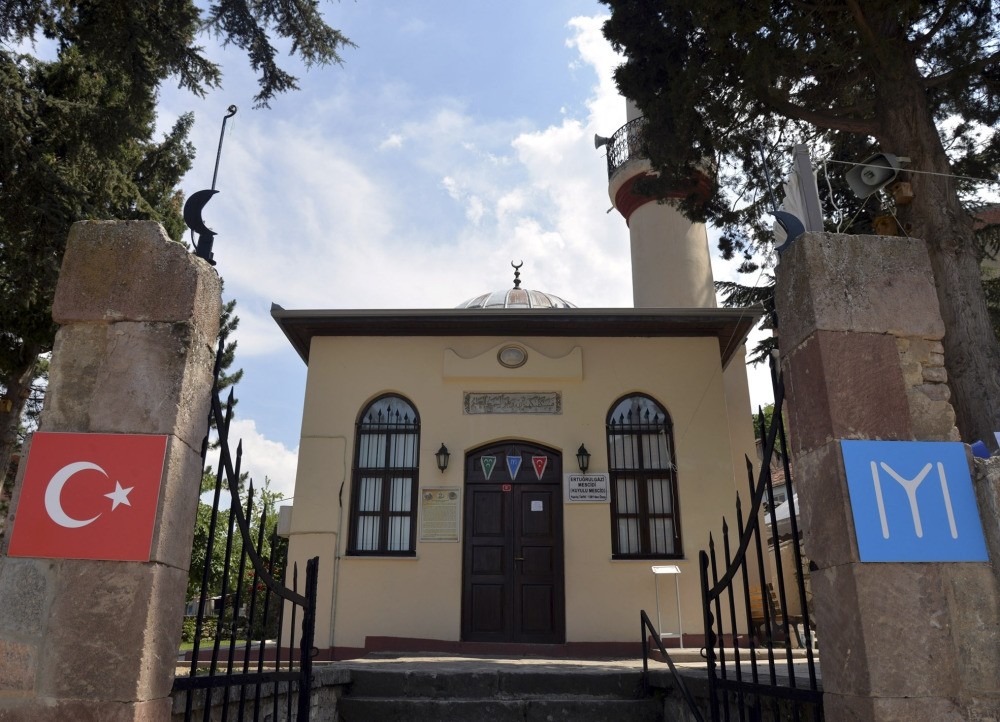 The masjid was built sometime before 1280, although there are no detailed records of the masjid. Written records were not taken in the Ottoman Empire until the 1300s, rendering it impossible to pinpoint the exact timing of the masjid's construction.
by Anadolu Agency Jul 11, 2017 12:00 am

Known as the first masjid ever established by the Ottomans under a single roof, the 'Masjid with a Well' is a must-see tourist attraction that symbolizes the ancient Ottoman tradition of the 13th century

Built in the 13th century by Gazi Ertuğrul in Bilecik province's Söğüt district, the first masjid was erected with a 40-person capacity and is now regarded as the first historical building to ever be built by the Ottomans, attracting thousands of tourists every year.

Undergoing periodic restoration over centuries, the masjid and the well were severely damaged during the Greek invasion and the well was eventually discovered during restorative works launched by the Bursa Foundations' Regional Directorate in 2011. After restorations, the masjid was opened for public prayer with the first official Friday prayer being performed on July 29, 2011. 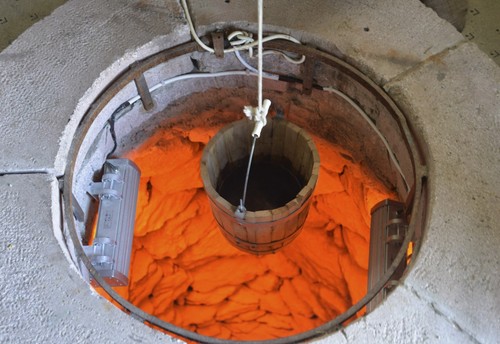 Associate professor Taner Bilgin from the Department of History in the School of Science and Literature at Şeyh Edebali University spoke to Anadolu Agency, stressing that Söğüt was home to the first Ottoman settlement. Bilgin added that Gazi Ertuğrul established the masjid to meet the religious needs of his people upon arriving at the district with 400 tents.

Bilgin pointed out that the masjid was built sometime before 1280, although there are no detailed records of the masjid. Written records were not taken in the Ottoman Empire until the 1300s, rendering it impossible to pinpoint the exact timing of the masjid's construction. Despite the lack of information, archaeological excavations in the region point to traces of several historic churches in the region, and according to Orthodox Greeks, the site of the well is considered a spring with holy attributes.

Local legends indicate that Gazi Ertuğrul purchased the land from a non-Muslim property owner and, according to Bilgin, to this day the non-Muslim community isn't fond of Gazi Ertuğrul or the arrival of Turks in the region.

In order to force migration on the Turks, the non-Muslim community poisoned the well's water with a substance that cased fatigue and illness in people. While Gazi Ertuğrul strived to find a solution to the problem, he failed. Still, while performing his daily prayers one day, he fell asleep and had a dream that trees had begun to grow next to the masjid. As a result of the dream, he dug up the well and, after three days of excavations, he dug until he found water, despite not informing anyone of the discovery. He tested the quality of water for three days by giving it to his horse.

"This was a pivotal tradition among the Ottomans. First, he tried the water on himself and his horse before announcing that it was safe to drink for both the Muslim and non-Muslim community in the region. Ertuğrul built this masjid to show the Greeks that 'Islam is a religion of justice and compassion'," Bilgin explained.

The masjid is referred to as the "masjid with a well" even though it was originally titled, "Gazi Ertuğrul Masjid," according to Bilgin.

The building was restored between 1402 and 1902 despite not being in compliance with its original structure. Restoration to the original building took place during the reign of Sultan Abdülhamid II.

The imam of the masjid for the last 12 years, Şahin Mülayim, stated that the masjid is not considered a mosque, reiterating that it was the first work to be completed by the Ottomans under one roof. The well was undiscovered for years but was discovered in 2011 during restoration works as a result of a coincidence and the discovery started attracting more tourists to the otherwise sparsely populated masjid.

Mülayim added that when visitors hear the story and learn that this was both the home and center of Gazi Ertuğrul's life, they become more excited to learn through the experience. Currently, the five daily prayers and the Friday and Tarawih prayers are performed at the masjid. On the other hand, every 100th Friday the masjid serves food, continuing a centuries-long feast tradition.