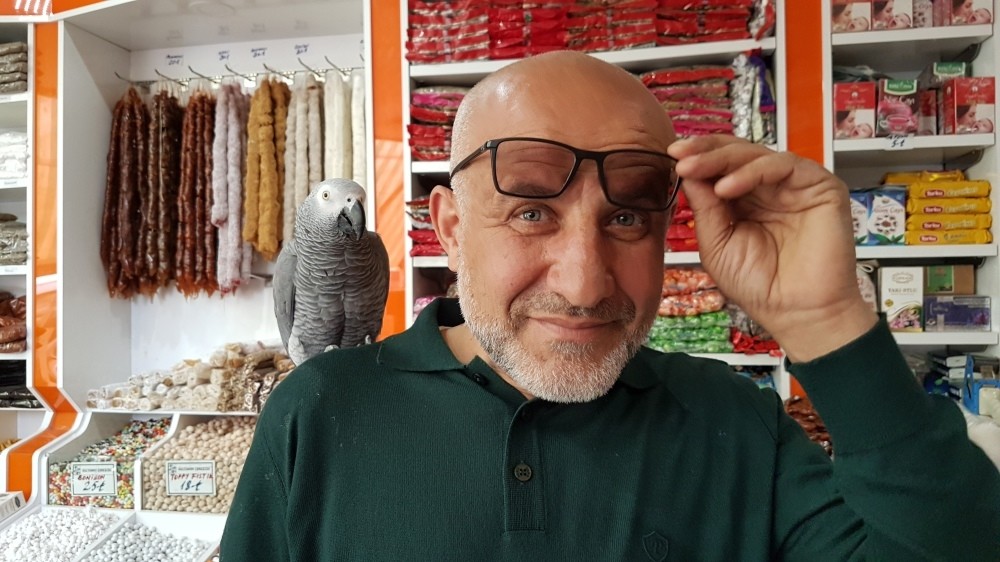 Pasha, a pet grey African parrot, is all set to perform umrah - an Islamic pilgrimage - on his first trip to Mecca while perched on the shoulder of his middle-aged owner from central Turkey.

Kuddusi Issi, who sells nuts from his shop in Niğde, told Anadolu Agency (AA) he and his inseparable bird have their plans set.

As wild as the idea may sound, Issi said it was only natural for him to perform the pilgrimage this November with his favorite bird.

"Pasha cannot handle being away from me," he explained.

All of the necessary official documents to bring Pasha along to Islam's holiest site in Mecca are complete, he said.

Speaking of his pet's devotion to him, Issi said Pasha will not eat if he is not there to feed him.

"He eats only what I give to him ... Though he lives in a nut shop, he does not eat on his own," the shop owner said of his grey bird that sports a long, red tail.

Sometimes I feed Pasha by giving it food from my own mouth, he said.

"If I leave the shop, he stops being happy, eats nothing and does not even sing. But if he sees me, he does everything. These kinds of parrots are obsessed with their owners, and they fall in love with that person," Issi said.

Pasha is so loyal that he cannot even stand my grandchild, Issi said.

In fact, the pet parrot even named his owner Cici Baba, which means "pretty father" in Turkish.

About the talents of his feathered friend, he said Pasha is an expert at mimicking various voices and can even speak hundreds of words.

"He can currently speak 400 words and mimic the sounds of a telephone, a car, crying, a cat, a dog, [other] birds and sheep," Issi said.

But just like his owner, Pasha can only communicate in Turkish, though he does say "bye bye" to customers.

Aside from honing his vocabulary, Pasha likes to relax and watch TV like most people, especially the news Issi said.

Pasha may end up living longer than its owner.

He was just 70 days old when Issi bought him and turned 3 recently, which is still quite young for a species known to live for more than half a century.