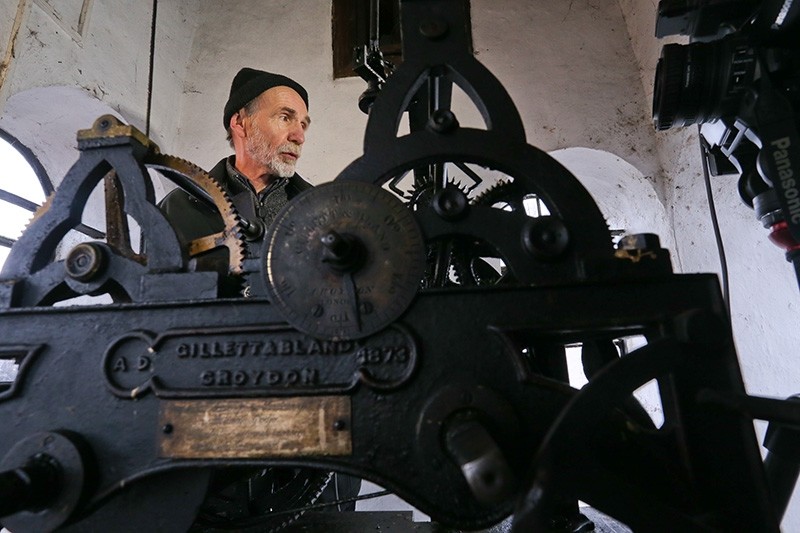 Mensur Zlatar, 71, has adjusted Sarajevo's lunar clock for prayer times for half a century, continuing his duty even through the Bosnian War. (AA Photo)
by Daily Sabah with AA Dec 18, 2017 12:00 am

A 71-year-old Bosnian man has been adjusting the world's only public lunar clock once a week after climbing 76-step tower for half a century.

Mensur Zlatar has been known as the keeper of Sarajevo's prayer time, a post with the title "muvakkit" – a person whose duty is to determine the time for prayer.

He has been fixing the mechanism on the clock tower of Sahat-Kula in Sarajevo's old city, once an Ottoman-era central market, since 1967. 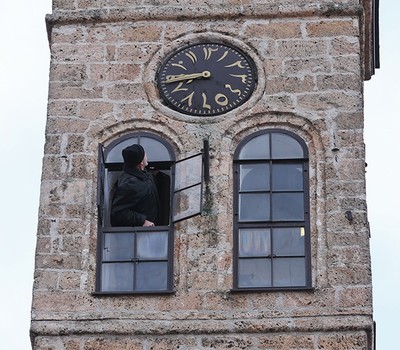 The rare tower, which was built in the 16th century next to the grand Gazi Husrev-beg mosque, named after the Ottoman's high-ranking officer, shows the lunar time on its four facades.

Zlatar climbs the tower at least once a week to adjust the clock's hand on 12 when the sun sets, the time for evening prayer for Muslim worshippers.

When the clock strikes 12, the Adhan – a call to prayer – begins from the minarets across the city.

The Bosnian man said that there is no other clock in the world operating in accordance with the lunar calendar, adding, "This job needs sacrifice and sensibility."

Zlatar even continued to adjust the clock during the Bosnian War in 1992-1995.

Though he has begun training a younger Bosnian about the mechanism and the working principle of the clock, Zlatar says it's ultimately up to the Gazi Husrev-beg Foundation to decide who will be responsible for the clock.