Holy month of Ramadan begins for millions of Muslims 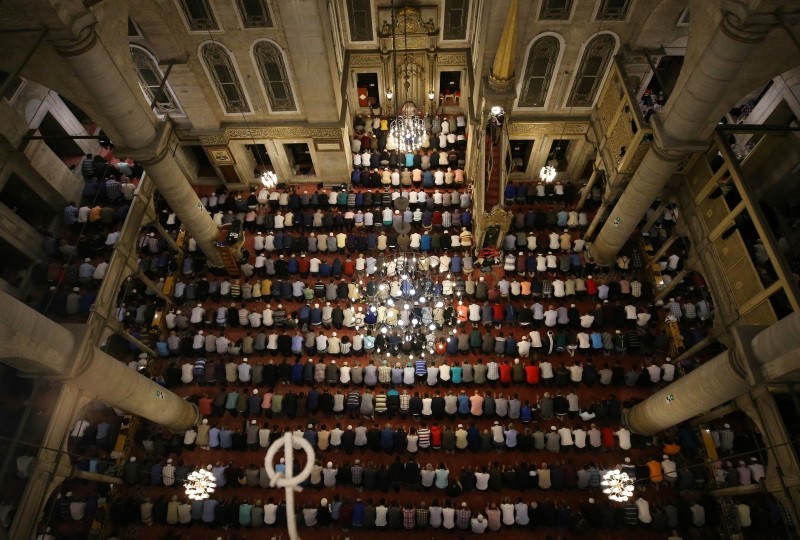 Millions of Muslims have begun the fasting month of Ramadan.

The faithful in Turkey, Albania, Bosnia and Herzegovina, Kosovo, Macedonia and others prayed the holy month's first taraweeh, a special nightly prayer and one of the hallmarks of Ramadan, on Tuesday.

The Ramadan fast, in which food and even water is prohibited, falls on especially long summer days this year for Muslims in the Northern Hemisphere. For Muslims who live in regions where Islam is not the dominant religion, challenging fasts are believed to come with greater blessings.

Fasting is intended to bring the faithful closer to God and remind them of those less fortunate. It is also a chance to kick addictions like caffeine and cigarettes.

During the day, Muslims must abstain from eating, drinking, sex, gossip and cursing, and are encouraged to focus on meditative acts like prayer, reading the Quran and charity. There are exceptions to fasting for children, the elderly, the sick, women who are pregnant, nursing or menstruating, and people traveling.

Muslims follow a lunar calendar, and a moon-sighting methodology can lead to different countries declaring the start of Ramadan a day or two apart. Traditionally, countries announce if their moon-sighting council spots the Ramadan crescent the evening before fasting begins.

Saudi Arabia and other Muslim nations, like Indonesia, declared Ramadan would not begin Wednesday based on a moon-sighting methodology and will likely begin fasting Thursday.

Fasting during Ramadan is one of the five obligatory pillars of Islam, along with the Muslim declaration of faith, daily prayer, annual charity and performing the hajj pilgrimage in Mecca. Many donate their annual charity, known as "zakat," during Ramadan.

In many Middle Eastern countries, the wealthy help distribute free meals for the poor, with mosques and volunteers passing out juice and food to pedestrians and anyone, Muslim or non-Muslim, in need of the aid or simply breaking their fast.

Muslims typically break their fast as the Prophet Muhammad did some 1,400 years ago, by eating sweet dates and drinking water, followed by a sunset prayer.

Ramadan is also a time of feasting with family and friends. In the Middle East, worshipers pack mosques for nightly prayers before heading home to watch Ramadan television specials.

It's common practice across many Muslim-majority nations for liquor stores and hotels to curb the sale of alcohol during Ramadan. Often, restaurants shutter their doors during the day.

In the United Arab Emirates, where foreigners outnumber locals, restaurants put up curtains out of respect to those who are fasting, and expats are encouraged not to eat in public view of those fasting.

Muslims celebrate the end of Ramadan with a three-day holiday called Eid al-Fitr.