Ottoman mosque in ancient city to open for prayer 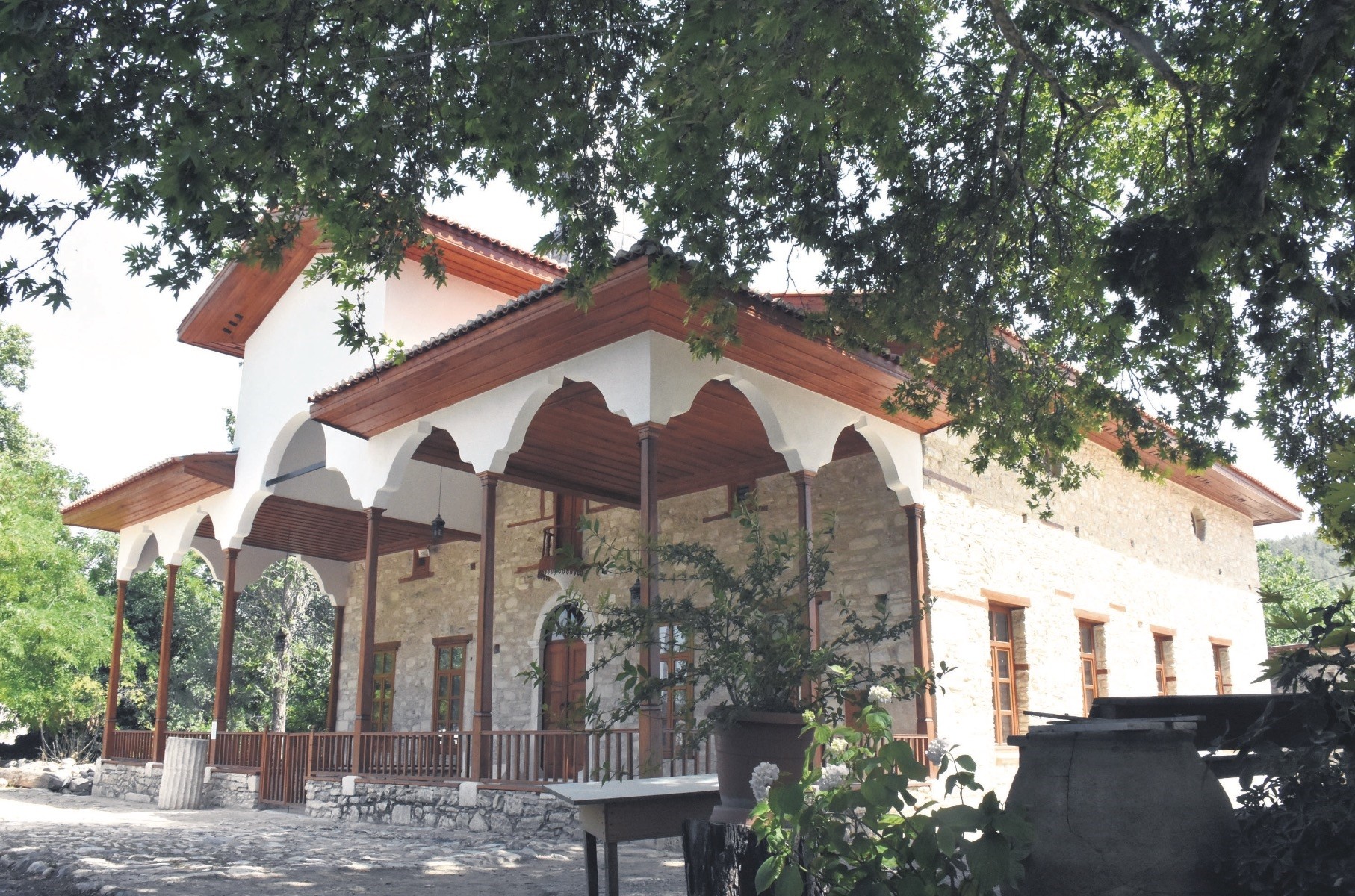 A mosque built in the 3,000-year-old ancient city of Stratonikeia in Muğla district, which hosted many civilizations throughout history, will be open for worship soon

The Şaban Agha Mosque in the 3,000-year-old ancient city of Stratonikeia, which is among the biggest marble cities in the world and registered on the United Nations Educational, Scientific and Cultural Organization's (UNESCO) World Heritage Tentative List, will be open for worship in Eid al-Fitr. In the ancient city in Muğla province, where historic works from the Hellenistic, Roman, Byzantine, Ottoman and Republic periods can be seen, archaeological excavations continue while Ottoman historical buildings are revived.

Among these works, the mosque, which is thought to date back to the 15th century and mentioned in Evliya Çelebi's "Seyahatname" (Book of Travel), has been restored, faithful to its original, in a year with the support of the Muğla Governorship Investment Pursuit and Coordination Department. Columns on the base of the mosque and other constructions are covered by glass.

Professor Bilal Söğüt, the head of excavations in Stratonikeia, told Anadolu Agency (AA) that they are revealing works dating back to various periods in the city. Söğüt said the Şaban Agha Mosque was rebuilt in 1876 according to information on its epitaph, protecting its authenticity until today although it has been repaired many times.

Noting the mosque was built in place of the Tabakhane Mosque, which is mentioned in "Seyahatname," he implied there is a portico with a wooden ceiling supported by eight wooden columns. He said the square-shaped mosque is lit by 16 windows on four walls.

Protection of structures inside the mosque 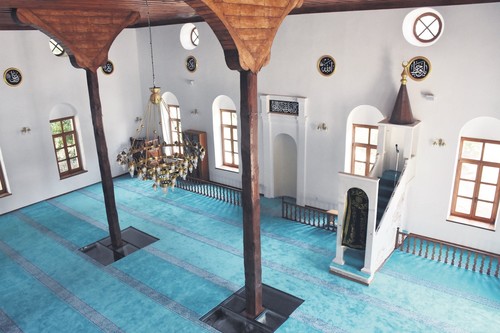 Stressing the mosque was built nearly 150 years ago by Şaban Agha, Söğüt said: "Exemplary work was done here. We completely cleaned the harem part of the mosque. First, minbar, mihrab, gate and window of the mosque were brought to light. Then, we determined where Suleiman the Magnificent and Evliya Çelebi prayed and even places that Çelebi mentioned in his book. Later, we discovered processes of the 1912 and Republic Period. We wanted to show the stages of the old mosque to visitors with an illuminated glass surface. We removed the conical-headed columns under the old wooden poles and put them behind protective glass. We tried to show how protective the Ottoman ancestry was and how they transferred these works to the present, protecting them."

Söğüt explained that they present the channel that passed under the mosque when Evliya Çelebi came and the places where he sat, putting them under glass. Implying the mosque was turned into a place where people can pray and tour, he added: "Our main idea was to enable people to pray and visit like the Sultan Ahmet and Selimiye Mosques. In Eid al-Fitr, the adhan will be performed here after years and people will be able to pray." Söğüt said that alms stone and sarcophagus at the entrance of the mosque were protected. "We protect all the Ottoman beauty in this village mosque, including architectural details and writings. Visitors will be able to see all of them when they come here."

He added that the constructions revealed in the ancient city of Stratonikeia take visitors on a journey in time with 3D technology. People will be able to see sketches and a 3D recreation of the Şaban Ağa Mosque.