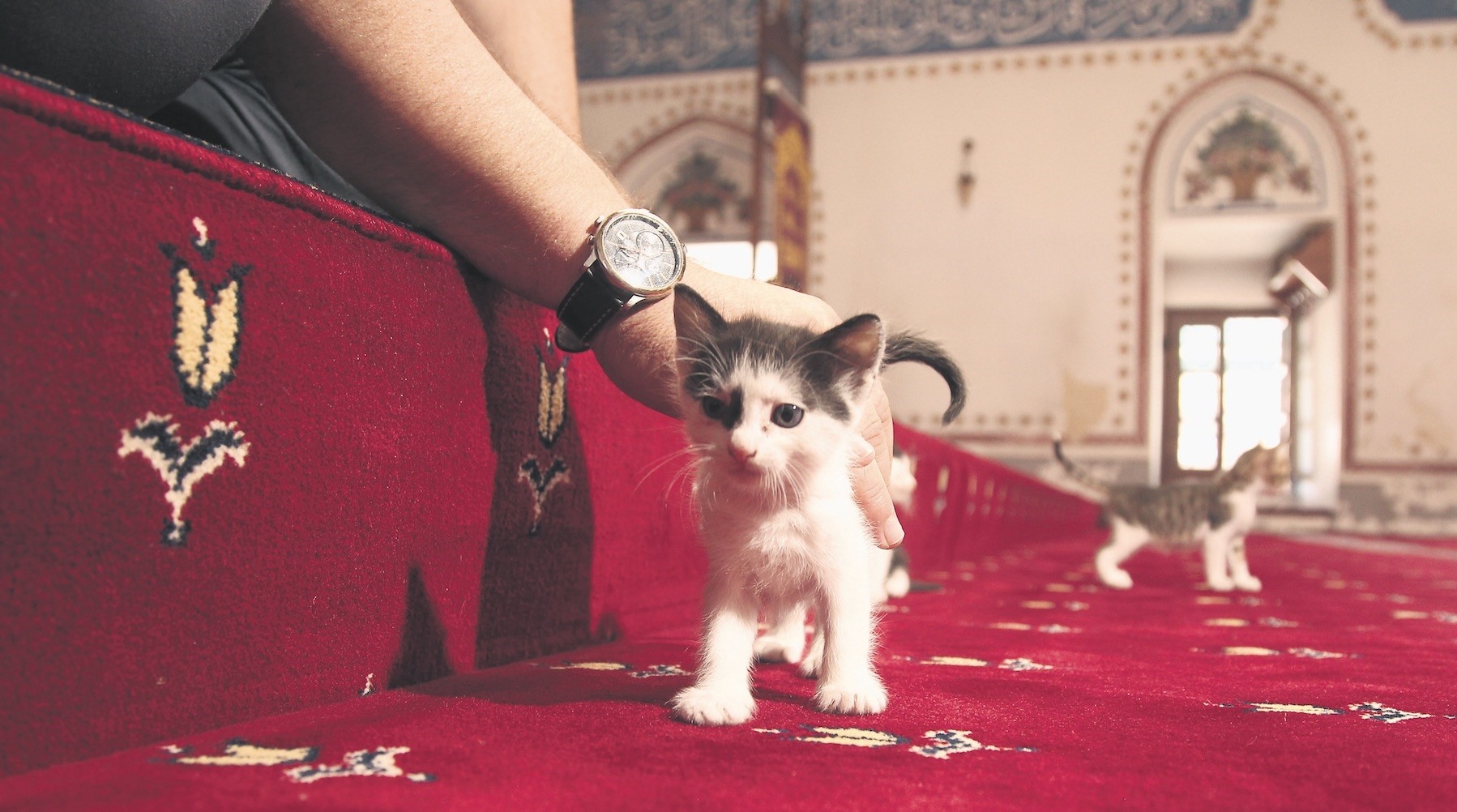 In a mosque in Kırıkkale province, a cat gave birth to four baby kittens, which the congregation adopted.

The cat, named "Ayşecik" by the mosque goers, became the mascot of the mosque since her arrival. After some time, the imam of the mosque found out that Ayşecik gave birth to four babies under the minbar of the mosque. After the necessary permissions were granted by the mufti of the province, the congregation of the Hızırbey Mosque started to take care of the mother cat and her four kittens inside the mosque.

Muezzin Necmettin Ötün said the kittens wander around the mosque during prayer time and everybody who comes to the mosque loves to have them around.

"Ayşecik used to stroll around the mosque's yard but she disappeared for 10 days. However, we found out that she hid behind the minber to give birth to her offspring. The congregation loves the cat. Our Prophet Muhammad (Peace Be Upon Him) had a cat named 'Müezza.' We show respect to our guests, feed them and take care of them," said Ötün.