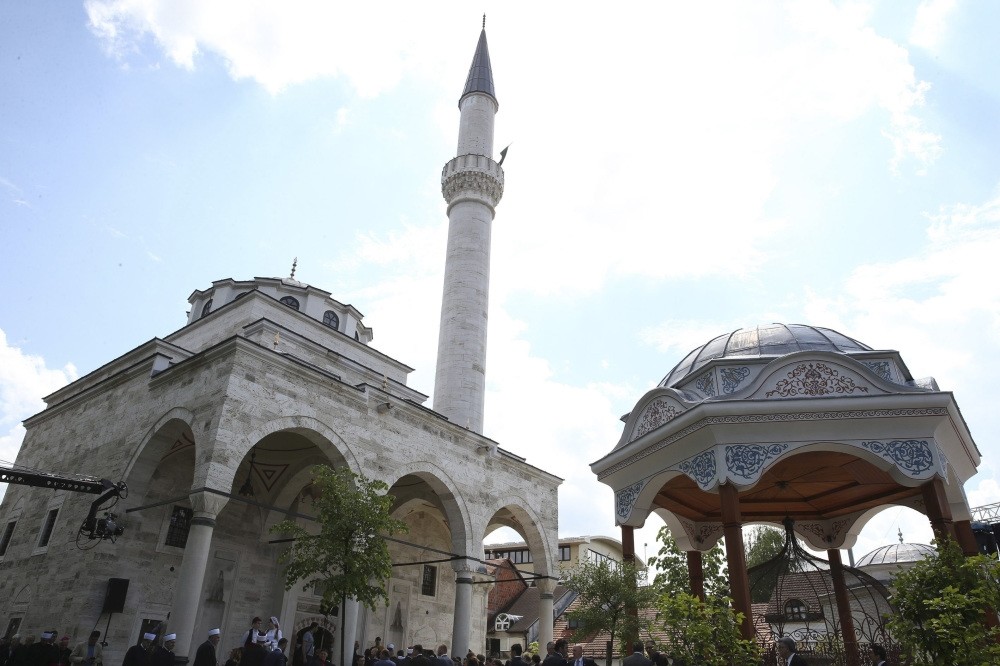 The two organizations recently signed an agreement for the joint project in Sarajevo. The program was attended by the head of VGM Artworks and Construction Works Department Suat Faruk Giray, and Senaid Zajimovic, the director of Bosnia-Herzegovina Islamic Union Directorate of Foundations.

In a statement at the signing ceremony, Giray said that these mosques were humanity's common cultural heritage. "The mosques are evidence that Muslims lived in these lands. They all faced a devastating war but we hope we will be able to restore them," he said.

He reminded that the VGM started its activities in Bosnia-Herzegovina in 2012 with the restoration of the historic Isa Begov Hamam (Bathhouse).

"We have since expanded our works in Bosnia," he said, adding that they carried out 15 projects in the country as yet. "These projects make up around 30 percent of our 50 projects aboard. This shows how much importance we attach to Bosnia-Herzegovina."

Giray explained that the VGM does not just repair historic buildings but it also works to sustain the foundations in Bosnia-Herzegovina.

The restoration project of the three mosques was thought up in 2017 with the signing of a protocol. Giray said that the Sama Construction Company from Bursa will start works within a months' time.

He said that they will do everything to sustain the Ottoman Empire's cultural heritage. "We have been carrying out restoration works at the Alaca Mosque in Foca, Arnavudiye Mosque in Banja Luka and Sinan-Bey Mosque in Cajnice, which were also demolished in the Bosnian war. These three mosques were completely destroyed. So, they will rise from the ashes."

Zajimovic said that VGM's support was priceless and added that, "The VGM projects include religious constructions as well as educational institutions here."

He hoped their collaborations with the VGM would continue in the future and said, "With our collaboration, we protect Bosnia's Islamic tradition and the Ottoman heritage in these lands."

Recep Sırmacı, an official at the Bursa Sama Construction Company, said that they have been rest orating building in Bosnia-Herzegovina since 2014.

Sırmacı stressed that they will not refrain from supporting the works done to sustain the Ottoman heritage.