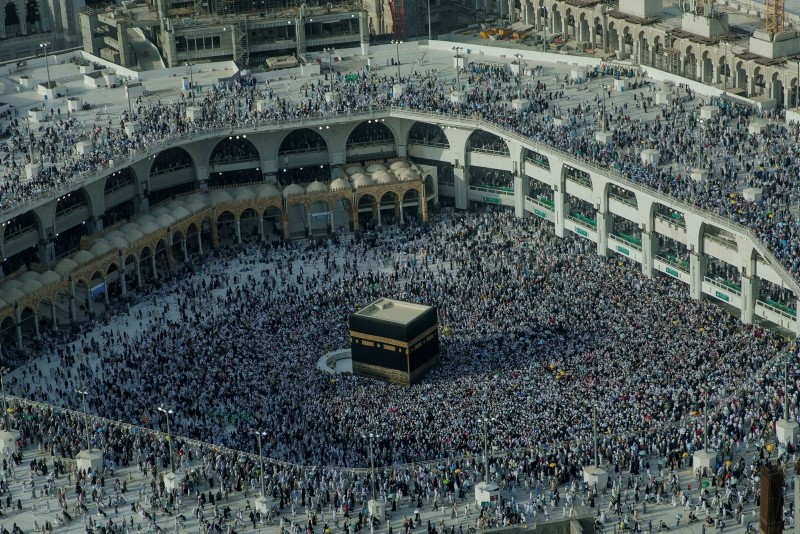 Governor of the holiest city in Islam, Mecca, Prince Khaled al-Faisal, who heads the central hajj committee, announced Thursday that the preliminary study of an integrated project for the development of Mecca and the holy sites, in accordance with Saudi Arabia's Vision 2030, has been completed and will be implemented as soon as it gets approval.

Speaking to the Union of OIC News Agencies, he said: "We have an integrated project for the development of Mecca and the holy sites. The preliminary study was completed, and it was submitted to the Royal Commission of Mecca and the Holy Sites. I expect works on the project would begin at the beginning of next year, and we will prepare a miniature model for the project's vision in the near future."

The governor also thanked Saudi King Salman, Crown Prince Mohammed bin Salman, Minister of Interior Prince Abdul Aziz Bin Saud Bin Naif, the chairman of the Supreme Hajj Committee, and all those who provided their services to the pilgrims.

He conveyed his best regards to the pilgrims, wishing for their safe return. He also thanked the media for its decisive role in covering hajj's rituals, saying: "The media is a fundamental element in the development of Hajj projects, as it warns the government of its errors and shortcomings, which helps us in avoiding them next year."

Al-Faisal also shared some figures of this year's pilgrimage: more than 250,000 civilians and armed personnel participated in serving pilgrims; only 110,000 people performed hajj without a permit, a massive decrease from 1,400,000 people in 2012; 32,000 doctors and medical staff participated in the season; 5,000 beds were provided in 25 hospitals in Mecca and the holy sites, 135 health centers and 106 medical teams were there to serve pilgrims.

Al-Faisal expressed his country's aspiration to complete the "Smart Hajj Project," which would utilize technology in all aspects of the pilgrimage.

He also noted that the kingdom plans to be able to host 5 million pilgrims by the year 2030.

On the performance of hajj by Qatari pilgrims, the governor said that the Kingdom welcomed all pilgrims of Qatar and hoped that the Qatari government would facilitate their arrival to the holy places. "But unfortunately, Qatar prevented its citizens from performing hajj. However, we welcomed those who managed to arrive in the kingdom, and they are now with us performing hajj rituals," he said adding that 86,000 pilgrims arrived from Iran.