From dervish lodge to social complex: A 700-year-old cultural heritage 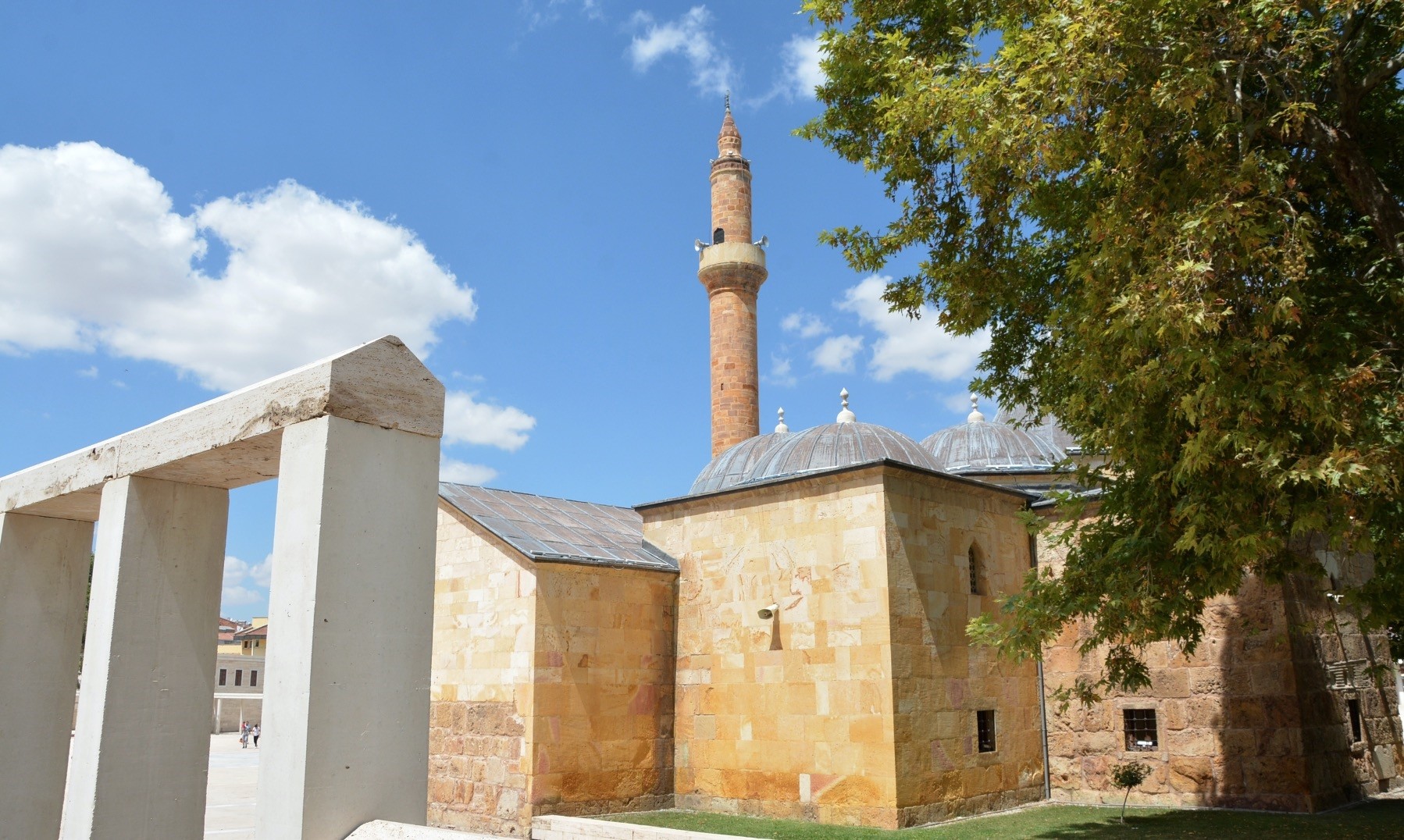 Founded by Evran-u0131 Veli in the 1300s, the Dervish Lodge, which served as a soup kitchen, a spot for dervish rituals, a religious retreat and a space for Islamic mysticism, serves as the Evran-u0131 Veli Mosque and Shrine today.
by Anadolu Agency Sep 03, 2018 12:00 am

The Dervish Lodge in Kırşehir includes a shrine for Evran-ı Veli, the founder of the Dervish Islamic Guild, a movement that spread across the world from Anatolia and continues to be an inspiration for people today

The shrine for Evran-ı Veli, the founder of the Dervish Islamic Guild, a movement that spread to the world from Anatolia, is located at the Dervish Lodge in Kırşehir, and included in the UNESCO Temporary World Heritage List.

Founded by Evran-ı Veli in the 1300s, the Dervish Lodge, which served as a soup kitchen, suffering house, and an Islamic mysticism space, serves as the Evran-ı Veli Mosque and Shrine today.

The signature of Mehmed the Conqueror is located at the entrance and Mahmud II's signature is located in the internal section in their original forms. In the space one can find the shrine of Evran-ı Veli and six tombs of his close friends and relatives.

The Kırşehir Culture and Tourism Directorate provides information about the mosque, which is frequently visited by people from all over Turkey, mainly occupational guilds. 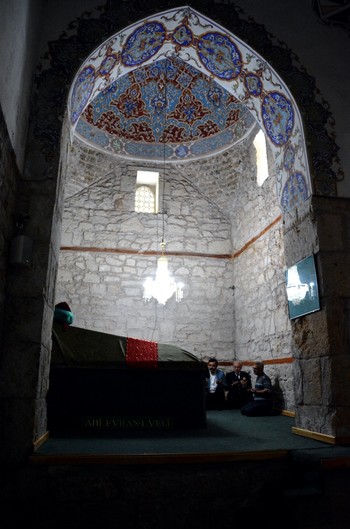 Not just locals but also many expats come to see the shrine and complex.

In order to continue Evran-ı Veli's legacy and to fulfill his will, the Kırşehir Municipality initiated the Ahi Evran Social Complex Project - an area where the mosque and the shrine are located.

Speaking to Anadolu Agency (AA) about the works regarding the social complex, Provincial Culture and Tourism Assistant Manager Eyüp Temur noted that Evran-ı Veli, who lived in the Dervish Lodge built in the 1300s, trained craftsmen during the day and gave lessons on Islamic mysticism at night.

The signatures of Mehmet the Conqueror and Mahmud II have been kept in their original form and Temur said that there is a soup kitchen and spaces to sit and chat.

Temur further stated that world-renowned scholar İbni Battuta also said that he travelled to Anatolia and the Balkans and determined that there were 500 Turkish Islamic Guild Guild locations and this was one of them.

It is not just locals who visit the area, many expats also come to see the shrine and complex.

"This place receives various visitors. There are expats coming from Germany, Belgium, the Netherlands and Austria. Many visitors come from outside the city. They also visit other historical and cultural locations after they visit the Evran-ı Veli Shrine. They get a taste of nostalgia here. They learn our history," he said.

Since the first craftsmen guild in Anatolia was founded in the city, Kırşehir is very important for craftsmen, according to Temur.

"Craftsmen guilds and federations from 81 cities frequently visit the shrine [too]," said Temur, who noted that they organize tours as well.

"National television channels come and film this place. Our mosque and shrine is seen as precious by the world," he added.

Kırşehir Mayor Yaşar Bahçeci also noted that they have initiated a Social Complex under the leadership of Turkish President Recep Tayyip Erdoğan at this mosque and shrine.

The second stage of the project, which started with the cleaning of the environment, continues.

"Establishing a ceremony space for Turkish Islamic Guild Celebrations that take place each year, a museum for telling the story of the guild, a craftsman bazaar for craftsmen who will do trade here, and a library, which will include the Turkish Islamic Guild Research Institute, and an Ottoman Bazaar, in short establishing a social complex is included in our project," Bahçeci explained.

The first stage of the project has been carried out with the support of the Ministry of Customs and Commerce under the auspices of the president and with financial support from the Union of Chambers and Commodity Exchanges of Turkey (TOBB), Central Union of Trades and Craftsmen Credit and Security Cooperatives of Turkey (TESKOMB) and Turkish Confederation of Artisans and Craftsmen (TESK).

Kırşehir Governor İbrahim Akın said that all efforts for transferring the Evran-ı Veli Mosque and Shrine to future generations are being shown and thanked everyone who supported Evran Social Complex Project.