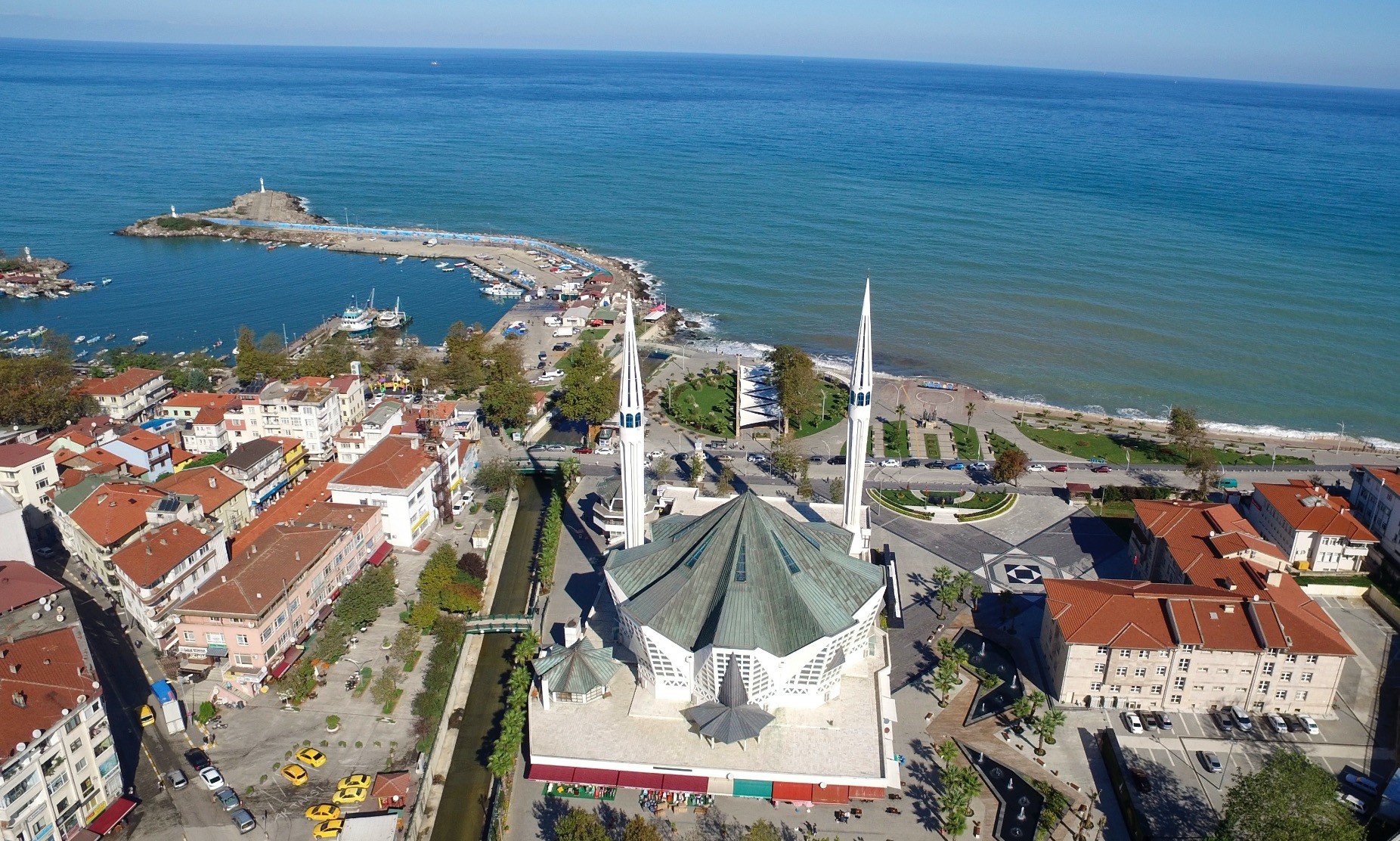 Drawing attention for its extraordinary view in the Akçakoca district of Düzce province, Akçakoca Merkez Mosque comes to the forefront with its octagonal roof, which was used in Seljuk architecture and built with an inspiration from otağ, which is a Turkish tent.

Designed by Ergün Subaşı, the mosque started to be built in 1989 and opened for worship in 2004. The roof of the building is inspired by old Seljuk Turkish tents. Thanks to its location and roof, the mosque attracts great attention and creates the silhouette of the city.

The mosque, which was also built in an octagonal shape inside, covers a 300-square-meter area inside and 5,000-square-meters outside. Five thousand people can pray at the same time in the mosque.

Noting they receive positive reactions from those who visit the mosque, Bıyık said that the mosque is a first in both Turkey and the world. "When people enter the mosque they can see all parts in it. There is no column or pillars inside." He continued: "Even if Akçakoca is a small district, it is quite touristic. It has historical riches, green areas and a sea. Our mosque adds a different beauty to it."