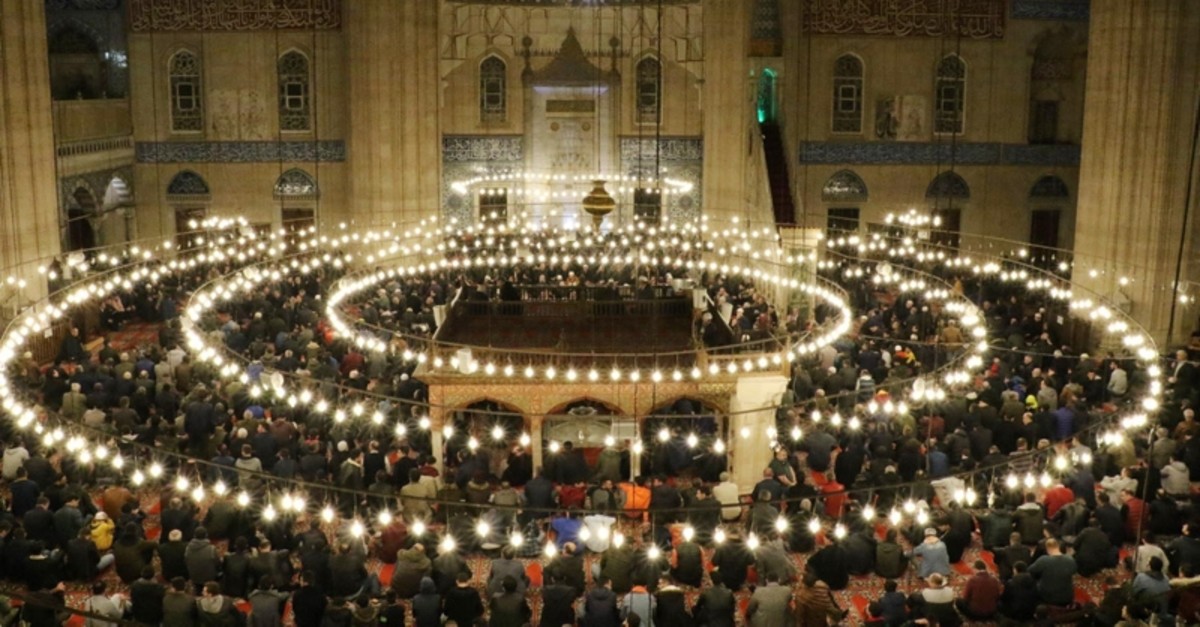 Muslims during the prayer in Edirne's Selimiye mosque during the Laylat al-Raghaib (IHA Photo)
by Daily Sabah Mar 07, 2019 10:27 pm

Turkey's biggest Jewish society, the Turkey Jewish Community, celebrated the Laylat al-Raghaib on Thursday as Muslims around the world observed the holy day.

"We celebrate the Islamic world's holy Laylat al-Raghaib, and wish it will lead to benevolence," the community said in a tweet.

A sizable population of Jewish people have lived in Turkey and its predecessor the Ottoman Empire for centuries.

After being expelled from Spain via the Alhambra Decree and settling in then-Ottoman territory Thessaloniki during the late 15th century, Jews have integrated more and more into the Turkish society over the years, living in peace with Muslims, Christians and people of all other faiths.

To this day, Turkey's Jewry organizes iftar meals for Muslims during Ramadan.

Laylat al-Raghaib, also known as the "Night of Wishes," marks the first day of the Islamic month Rajab.

During this day, Prophet Mohammad (Peace Be Upon Him) used to pray to Allah even more often, and it is believed that every wish will be fulfilled if asked for on that night.