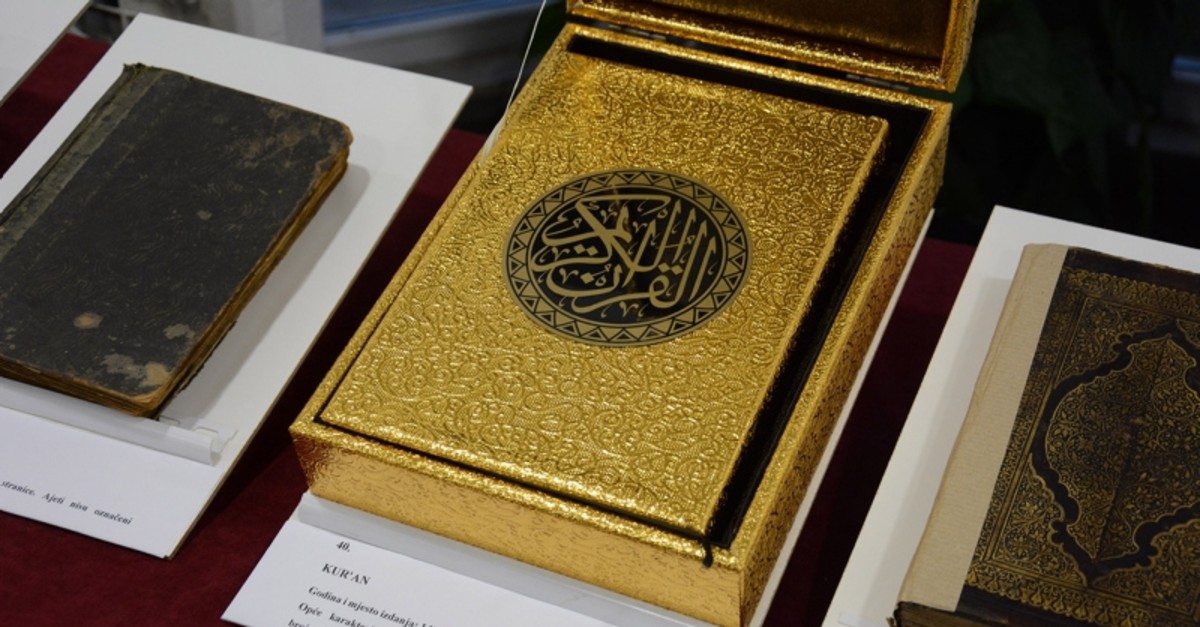 An exhibition showcasing centuries-old mushafs – handwritten copies of the Islamic holy book the Quran – along with several other printed versions, was opened to visitors Tuesday in the city of Mostar in Bosnia-Herzegovina.

The exhibition, organized by Turkey's Yunus Emre Institute (YEE) at a cultural center in Mostar, displays the mushafs which were gathered over 10 years by Bosnian collector Nusret Omerika.

Speaking at the opening of the exhibition, Omerika said six 300-year-old mushafs are on display for the first time. The exhibit also includes several Qurans with gilded covers.

"I have a library consisting of 3,000 books in my house. There are 200 Qurans among them. My love of the holy book is a heritage passed on by my grandfather," he said.

Omerika, who noted that he has been collecting handwritten and printed versions of the Quran for about 10 years, said he is very happy to open the exhibition in Mostar.

Suljo Cikotic, the vice chairman of the historical Karagöz Bey Madrasa where the exhibit is located, said that the holy book of Quran has an important place in the hearts of each and every Muslim.

"Protecting the Quran means protecting our roots," said Cikotic, thanking Omerika for gathering and sharing such a collection.

The Karagöz Bey Madrasa is also known as Keyvan Kethüda School and was reopened in November after being restored by the Turkish Cooperation and Coordination Agency (TIKA). It has been used by the YEE since its restoration.