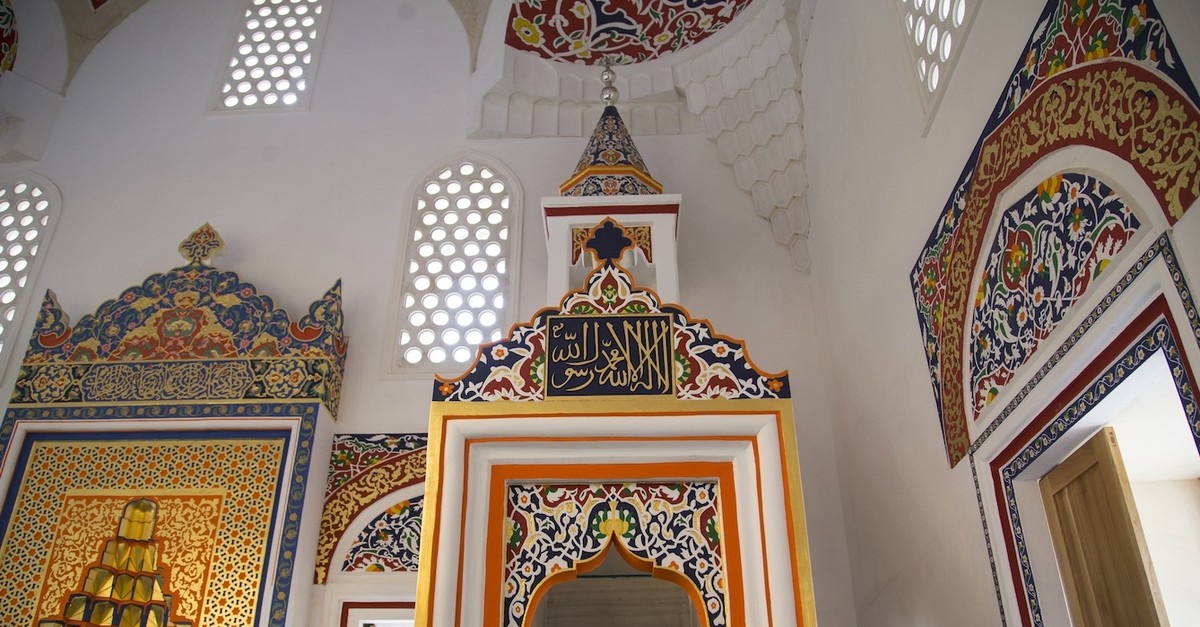 The historic Alaca Mosque, known as the "Pearl of Bosnia," emerged from the ashes to reopen for prayers on Saturday.

Located in Foca in eastern Bosnia-Herzegovina, the mosque was demolished by Serb forces during the 1992-1995 Bosnian War but rebuilt over the last five years with the support of Turkey's General Directorate of Foundations.

The reconstruction of the mosque, located 80 kilometers (50 miles) southeast of the capital Sarajevo, began in 2014.

Built in 1549 by Hasan Nezir, a close colleague of renowned Ottoman architect Mimar Sinan, it is one of the first mosques with classical Ottoman architecture built in Bosnia-Herzegovina. The reopening ceremony Alaca Mosque was attended by Turkey's Culture and Tourism Minister Mehmet Nuri Ersoy and Adnan Ertem, head of the Foundations Directorate.

Speaking at the ceremony, Ersoy said Alaca Mosque has been reborn and expressed his pride at restoring this historical treasure.

"It is our primary duty to work with the idea of creating a future that we will be sure will not experience those great pains instead of building the future through suffering," he said. "Today Alaca Mosque stands again in all its glory, as a symbol of this ideal. It is an indication that racism and hatred could only harm materials but never touch the Balkans' centuries-long culture of fellowship."

Ertem said that the historic mosque is a symbol of peace, friendship, fellowship, understanding, and reconciliation in Bosnia-Herzegovina.

The mosque was opened on the eve of Bosnia's Day of Mosques, according to the Islamic Union of Bosnia-Herzegovina.

The small Balkan country, which survived massive shelling during the war, as well as massacres and the 1995 Srebrenica genocide, marks May 7 as the Day of Mosques.