Feel the spirit of Ramadan in Bursa's great mosques 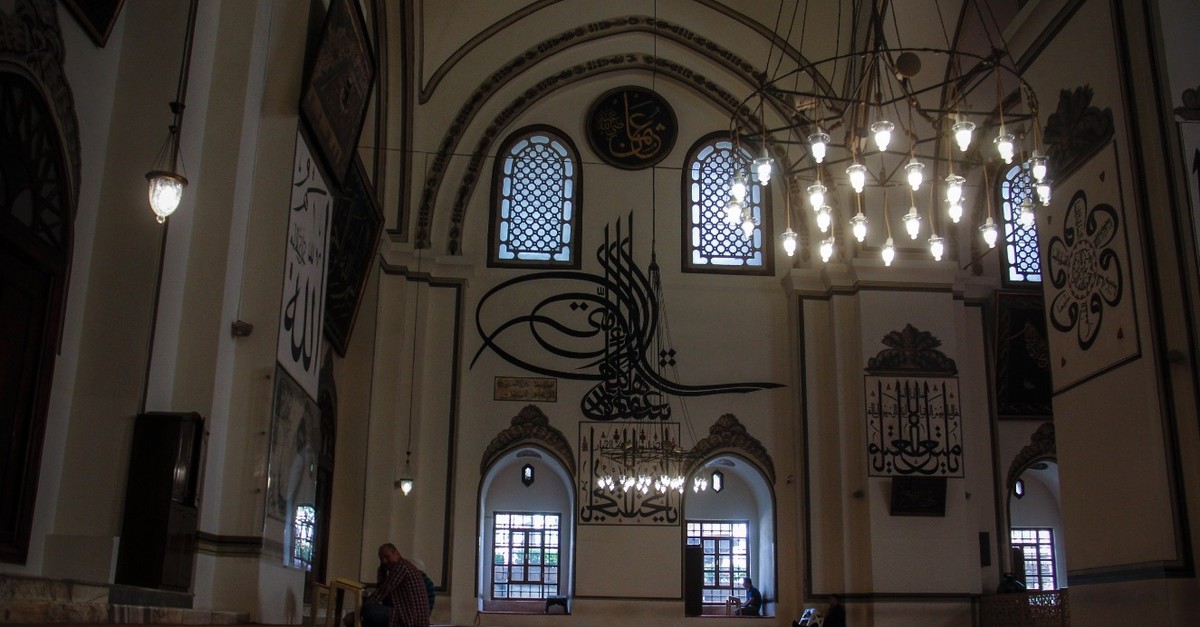 Bursa, the former Ottoman capital and one of the most spiritual places in Turkey, welcomes Ramadan with all its grandeur. Known for its centuries-old, historical mosques, Bursa is a center of culture and religious tourism. The city is getting ready to host thousands of visitors from Turkey and abroad throughout the holy month of Ramadan.

The Grand Mosque, Yeşil Mosque and Emir Sultan Mosque, as well as the tombs of Osman Gazi, the founder of the Ottoman Dynasty and his son Orhan Gazi, Yıldırım Madrasah, Yeşil, Emir Sultan and Muradiye, and the tombs of Süleyman Çelebi, Üftade, Somuncu Baba, Geyikli Baba, the great scholars of Islam, are among the top religious tourism destinations in Bursa.

Among these landmarks, the Grand Mosque of Bursa gets the most attention as it is one of the city's best architectural landmarks, dating back to the Ottoman era.

Commissioned by Bayezid I, also known as Yıldırım Bayezid, between 1396 and 1399, the Grand Mosque of Bursa is among the best examples of early Ottoman-era architecture as well as one of the pearls of Turkish-Islamic architecture. With its two towering minarets and 20 domes, the mosque is considered the fifth-most important mosque in Islam, after those in Mecca, Medina, Jerusalem and Damascus. It was included in Bursa's 2014 UNESCO World Heritage Site inscription.

Built in the Seljuk style of architecture, consisting of both Seljuk and early Ottoman elements, the mosque's 20 domes are arranged in four rows of five and are supported by 12 columns. This arrangement divides the large, 2,200-square meter rectangular room into sections, allowing for a sense of privacy in the midst of the building's enormity.

Located in the heart of the city with all its grandeur, the Grand Mosque of Bursa has impressed people throughout history, including Evliya Çelebi, the Ottoman explorer, who mentioned the mosque as "the Hagia Sophia of Bursa. The greatest mosque of all mosques."

"Bursa is a hot spot for religious tourism," said Murat Saraçoğlu, the regional head of the Turkish Travel Agencies Association (TÜRSAB). Tourists from all over Turkey and the world are recommended to spend a few days in Bursa to feel the Ramadan spirit at its best. "Bursa is a city that can meet all the needs of tourists," Saraçoğlu added.

According to TÜRSAB, the Grand Mosque of Bursa is the first stop of all tourists during the holy month of Ramadan. "The Grand Mosque is considered as the fifth most important prayer house in the Islamic world. Also, Bursa is known as the 'city of the holy people' as it is home to the tombs of a few of the most important Islamic scholars and figures," Saraçoğlu said. TÜRSAB also offers a Ramadan tour package to those who want to explore the spiritual side of Bursa. The agency offers tours to all holy sites in the city with guides and also organizes iftar or fast-breaking meals in Ramadan, at the city's best restaurants. The tourists also get the opportunity to enjoy traditional shows, including the Ottoman shadow play "Karagöz and Hacivat."