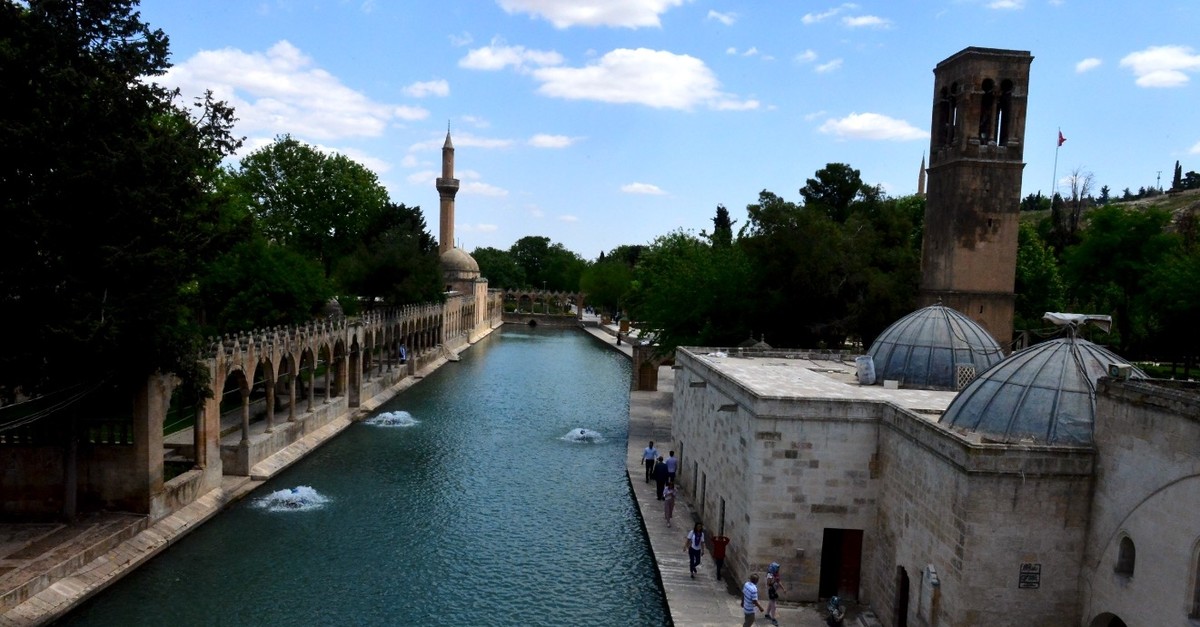 Built in the 13th century, the Du00f6u015feme Mosque will soon be open to prayers and visitors following the restoration work.
by Daily Sabah with AA May 23, 2019 12:13 am

The symbol of Şanlıurfa's Balıklıgöl, the Döşeme Mosque, also known as Halilurrahman Mosque, is getting ready to open for prayers and visitors after four years of restoration work.

Legend has it that the pool at the mosque is where the Prophet Abraham was thrown into the fire by King Nimrod. Based on this belief, the fire turns into the pool and the firewood into fish. Hence, Balıklıgöl and the carp fish in this pool are considered sacred. Built near this sacred site in 1211, the mosque was converted into a madrasah, a cemetery and a memorial tomb for the Prophet Abraham.

The mosque assumed its modern face after a restoration carried out by the Ottoman Empire in 1810 and has been welcoming visitors and believers ever since.

However, over time, the historic mosque began to experience erosion due to infrastructure problems and the Directorate of Waqfs initiated extensive restoration work on the mosque. Speaking to Anadolu Agency (AA), the head of the Directorate of Waqfs in Şanlıurfa, Mehmet Ali Palalı, said that after the restoration the mosque will not be in need of any further maintenance for the next 50 years.

"The foundation of the mosque has been strengthened while the roof isolation of the building has been renewed according to the latest technology. We have been working with a special team from Gaziantep which is specialized in underwater structures. Now, the restoration is in its final phase. It has been long and hard but we are happy that everything turned out to be good," Palalı added.

The head of the restoration, Hakan Demir, also said that the mosque has unique construction features and their main concern was to be faithful to those features. "Since the mosque was built inside water, there have been infrastructure problems. However, we managed to strengthen the foundation without damaging the building. For the restoration, three different academic boards and 15 workers focusing on different areas worked separately," he added.