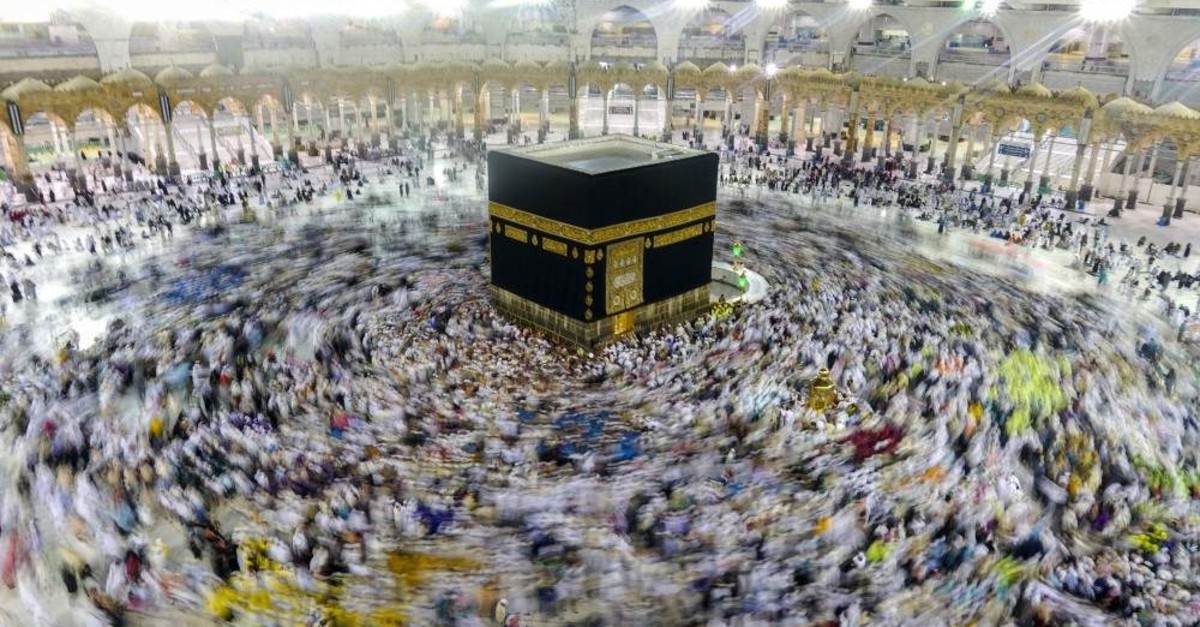 Pilgrims circumambulate Kaaba, the holiest structure in Islam in this undated photo. Every year, millions of Muslims visit Saudi Arabia for hajj. (AA Photo)
by Daily Sabah Oct 25, 2019 5:48 pm
With relations between Turkey and Saudi Arabia overshadowed by the vicious murder of Jamal Khashoggi, rumors have surfaced that the country would impose “a three-year embargo” for the hajj, an annual Muslim pilgrimage. Turkey’s Presidency of Religious Affairs (DİB), however, denies the rumors and says they are working to increase the number of pilgrims allowed to travel to holy Islamic sites in Saudi Arabia.
The annual hajj pilgrimage to Saudi Arabia is a religious obligation for Muslims, who must make the journey at least once in their life if financially feasible. Considered the fifth "pillar" of Islam, the hajj is intended to demonstrate the solidarity of Muslims and their submission to Allah. The pilgrimage takes place every year from the eighth to the 12th day of Dhu al-Hijjah, the 12th and final month of the Islamic calendar. Every year, millions of Muslims from around the world descend on Mecca and Medina where sacred sites including Kaaba and the tomb of the Prophet Muhammad are located. Saudi Arabia sets a quota for every country to prevent overcrowding that has led to deadly stampedes in the past.
Remzi Bircan, who heads the pilgrimage services department of the DİB told Anadolu Agency (AA) that social media rumors claiming Saudi Arabia would ban Turkish pilgrims from pilgrimages between 2020 and 2022 were not true and they were negotiating with Saudi officials to increase their quota to include 3,500 more pilgrims from Turkey.
Bircan said the DİB was already working on travel and assistance arrangements for the 2020 pilgrimage for Turkish citizens. He said their work, including the registration of pilgrims with Saudi authorities and setting up a drawing for choosing pilgrims from among applicants, would continue as usual. “Saudi Arabia limits the number of pilgrims from each country based on those countries’ populations. Our limit was 80,000 people, based on our population of 80 million people. However, the population increased to 83.5 million, and we are working to negotiate an increase to this quota,” he said.
Last Update: Dec 20, 2019 1:14 am
RELATED TOPICS