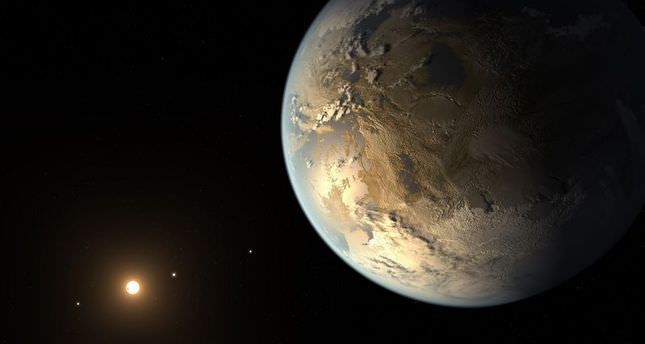 by Anadolu Agency Apr 18, 2014 12:00 am
WASHINGTON D.C. — Astronomers have discovered what they say is the most Earth-like planet yet detected - a distant, rocky world that is similar in size to our planet and orbiting in a life-friendly zone around a distant star.

The planet was detected by NASA's orbiting Kepler telescope, which examines the heavens for subtle changes in brightness that indicate an orbiting planet is crossing in front of a star. From those changes, scientists can calculate a planet's size and make certain inferences about its makeup.

The find, announced on Thursday, excited planet hunters who have been scouring the Milky Way galaxy for years for potentially habitable spots outside our solar system. It is in what astronomers call the "Goldilocks zone" where it is not too hot or not too cold for life.