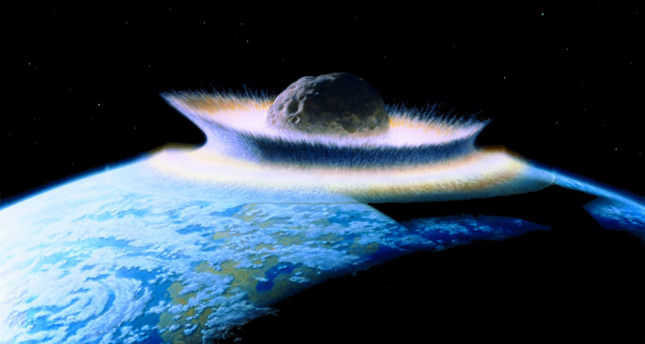 If ever you have wondered how often Earth is hit by an asteroid powerful enough to be measured like a nuclear blast, well, here's your answer

Most of the time, the Comprehensive Nuclear Test Ban Detection Network monitors covert nuclear weapons testing, but when not focused on keeping an eye on superpowers or rogue states firing a sneaky nuclear weapon, CTBT also detects asteroids crashing into Earth.

Since 2000, CTBT has detected 26 asteroids entering Earth's atmosphere and exploding with the equivalent of one kilotonne of TNT. The largest asteroid strike between 2000 and today wasthe meteor that exploded over Chelyabinsk in February 2013.


This video compilation shows all 26 strikes between 2000-2014 and it has been released by the B612 foundation as a call to action on asteroid monitoring. B612 is a private foundation dedicated to the protection of Earth from possible asteroid strike, and the foundation is currently building the first privately funded space telescope to keep a watch out for asteroids. Data published last year estimated that objects up to 33-feet in width or larger that could potentially hit Earth are between three and ten-times more common than previously thought.