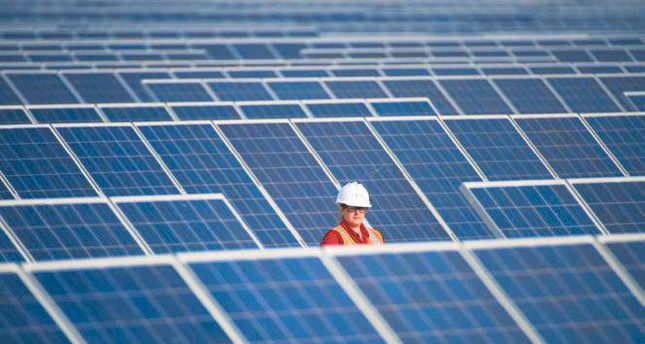 Photovoltaic cells convert solar energy into electricity. REYS AŞ logistics in Izmir, is working on ways to better implement this technology, and promote a greener world

Photovoltaic cells (PV cell) resemble solar panels but function slightly differently. While solar panels convert solar energy (energy from the sun) to hot water or steam, photovoltaic panels convert solar energy directly into electricity through an electronic process that occurs naturally in semiconductors. Semiconductors are made from silicon, which is the main material in photovoltaic cells. Within these cells, electrons are freed by solar energy and are then induced to travel through an electrical circuit that leads to the production of electricity.
The produced electricity then powers electrical devices or sends electricity to the grid. This type of device only requires a small amount of electrical power to work. A small PV system has the ability to provide enough electricity to power a single home or small device such as the common calculator, but when connected to one another, they can be applied on a larger scale and have the potential to supply energy to large residential, commercial or industrial sites. The electricity that is generated from the photovoltaic system can be used directly, stored or fed to a large electricity grid that can be combined with one or many electricity generators. PV systems are generally designed in order to ensure the highest energy yield for a given investment.

REYSAŞ Logistics has established Turkey's biggest rooftop photovoltaic (PV) power plant with a production capacity of 840 kilowatts in the district of Torbalı, İzmir. Speaking during the opening ceremony, Energy and Natural Resources Minister Taner Yıldız highlighted the significance of renewable energy resources and environmental protection. The ministry received 313 applications for the construction of power stations under 1 megawatt production capacity without license. Sustainability is the key factor to increase the number of energy investments in Turkey. "There are two sides to the business: production and consumption.

He added that Germany provides 17 billion euros in subsidies to sustain its established solar energy power of 30,000 megawatts. "Turkey cannot allocate this amount of money, which amounts to TL 50 billion. Spain, Portugal and Germany have decided to cancel subsidy policies. Our new power station, however, will be sustainable," said Yıldız. Turkey's renewabl e energy investments are expected to become a leading model based on a strong infrastructure. A total of 600 megawatts of electricity have recently been licensed in a tender bid with the highest bidder receiving the permit rights on May 12. "It is important to make a rational plan to use subsidies in a proper way.
Turkey has become one of the countries offering consultancy to more than 10 foreign energy ministries thanks to its efficient energy policies," he continued.

A group of general managers under the Ministry of Energy and Natural Resources provide consultation services to the ministries of various countries. There are upcoming projects to efficiently use solar energy power in Turkey. The world's biggest solar power plant - with a capacity of 3,000 megawatts - is to be constructed in the district of Karapınar, Konya. The world's biggest companies have already submitted their applications. The area extends over 55,000 square meters and is not suitable for cultivation.

Experts found lime about a half meter below the surface. Infrastructure work will be handled by TEİAŞ (Turkish Electricity Transmission Company). "It will be a demanding project, but Turkey has enough capacity to accomplish this," indicated Yıldız.
Last Update: May 15, 2014 2:17 am
RELATED TOPICS