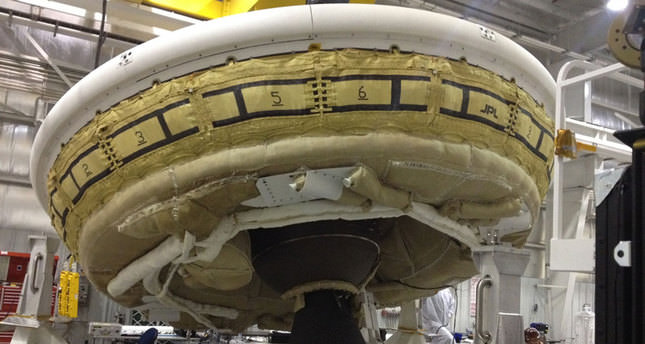 by Associated Press Jun 11, 2014 12:00 am
The U.S. space agency is getting ready to launch a "flying saucer" into Earth's atmosphere to test technology that could be used to land on Mars.

For decades, NASA has depended on the same parachute design to slow spacecraft after they enter the Martian atmosphere. But it needs a larger and stronger parachute if it wants to land heavier objects and astronauts.

On Wednesday, weather permitting, a balloon carrying the saucer-shaped vehicle is set to launch from Hawaii. Then the vehicle will ignite its rocket engine and climb to 34 miles (54 kilometers). It will inflate a tube to slow itself down from supersonic speeds and unfurl a parachute for a water landing.

The test has been postponed several times because of winds.