743 million tons of soil perishes in Turkey due to erosion 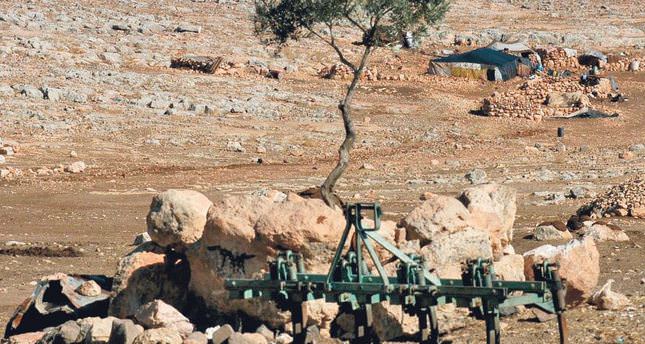 Change in weather conditions affect the land in many ways. Land erosion is a major issue with 143 million tons of soil perishing. Leaving the land barren and bare

Orhan Çalık, the Nevsehir representative of the TEMA Foundation (the Turkish Foundation for Combating Soil Erosion, Reforestation and the Protection of the Natural Habitat) reported that an annual total of 743 million tons of soil perishes due to erosion in Turkey.

Three quarters of Turkey's arable land faces the risk of soil erosion at either severe or extremesevere levels. Çalık further said 59 percent of agricultural land, 64 percent of pastures and 54 percent of forestland have experienced soil erosion.

In the last 50 years, the necessary precautions have been taken to save a 4-million-hectare-area from not only erosion, but also drought. Çalık said Turkey needs 700 years to protect 57.6 million hectares if the threat of soil erosion and drought continue at such a rapid pace. Unless officials take precautions within 30 years, Turkey will definitely encounter soil erosion on other existing lands.

Çalık suggested a number of fundamental recommendations against the future nightmare. "Law No. 5403 on soil protection and land use should be amended and re-entered into force to protect our country from erosion as soon as possible. Besides, an urgent land use plan needs to be designed to specify the most suitable agricultural land for products," he stressed. Çalık urged the Cabinet to take Turkey's large plains with high agricultural potential or that have been contaminated or misused under protection. "Legal regulations should be conducted against deforestation to create new forest lands. Extensive terracing and forestation activities are to be developed," Çalık highlighted.

The TEMA foundation prepared a comprehensive draft on the water law. The Ministry of Forestry and Water Affairs should take the necessary steps to form a water act in line with the law on soil protection and land use.

Çalık: 'The main reason for soil erosion is people's misconduct and climate change' The Nevsehir representative said the composition of soil, which takes thousands of years, is disappearing in just a few months if it is not properly used. Incorrect crop cultivation and irrigation techniques, early and extreme grazing and deforestation are the main catalysts of drought. "Desertification is one of the biggest burdens on a region's economic and social resources. An average of $42 billion in revenues is lost in regions under the threat of erosion.

Moreover, countries spend $2.4 billion to fight against soil erosion at global levels," Çalık pointed out. It would be much more if economic and social losses were taken into account. To tackle desertification, it is absolutely necessary to avoid soil erosion, preserve and efficiently use water resources and properly manage forest and pasture lands. He underlined the need for raising consciousness in society, including private and public sectors, academic institutions and NGOs. "The Ministry of Forestry and Water Affairs should urgently open tree seed production facilities not only in Nevsehir but in all Anatolian provinces and districts. It would also be a good practice to distribute free seeds to the public and institutions," Çalık advised. As a final recommendation, state institutions, municipalities, schools and private firms should establish forestlands accompanied with forestation projects on the peaks of high mountains and hills.